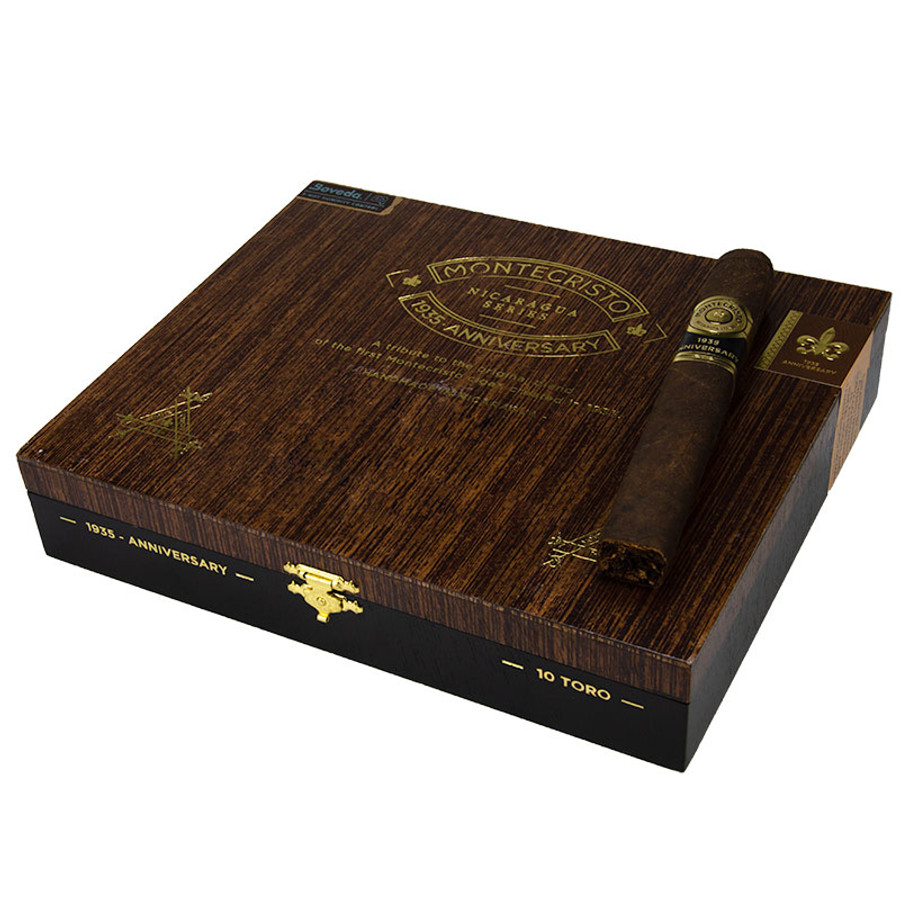 The Montecristo 1935 Anniversary Nicaragua is made by A.J. Fernandez at his San Lotano factory in Ocotál, Nicaragua, celebrating Montecristo's 85th Anniversary milestone. To honor the age-old tradition of soft-pressing cigars, the Montecristo 1935 Anniversary Nicaragua will be introduced as a soft-pressed series of four sizes. These soft-pressed cigars do not have the sharp angles and defined corners like a today's box-pressed cigars, instead  they are not completely round, rounded cigars are packed tightly into their own dress boxes and then compacted by a hand press. The result is a squarish appearance, which is common among Cuban cigars.

Buy Montecristo 1935 Anniversary Nicaragua by AJ Fernandez Online from AtlanticCigar.com, the leader in Discount Cigar Prices. Shop our site today for the Best Cigar Prices on the Net! Always Shipped Fast & Fresh right to your door.

This cigar entangled all that you want from an excellent cigar.