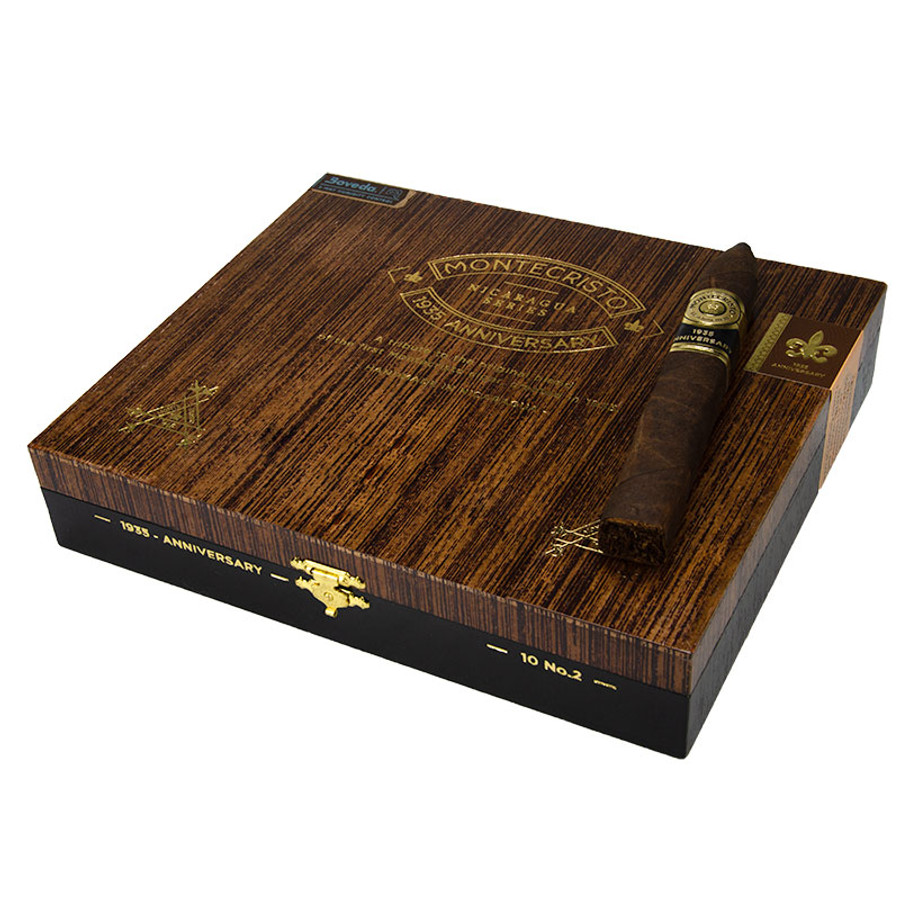 Cigar Aficionado 93 Rated: "This all-Nicaraguan torpedo is box-pressed and covered in a gorgeous, dark-brown wrapper that hints at its full strength. A plethora of flavors come to the surface after it’s lit, including earth, leather and red pepper. The finish is full of coconut, malted milk and wood notes. It’s a complex cigar suitable for celebrating the birth of Montecristo."

Buy Montecristo 1935 Anniversary Nicaragua by AJ Fernandez Online from AtlanticCigar.com, the leader in Discount Cigar Prices. Shop our site today for the Best Cigar Prices on the Net! Always Shipped Fast & Fresh right to your door.

One of the best cigars I have ever smoked. Worth every penny.