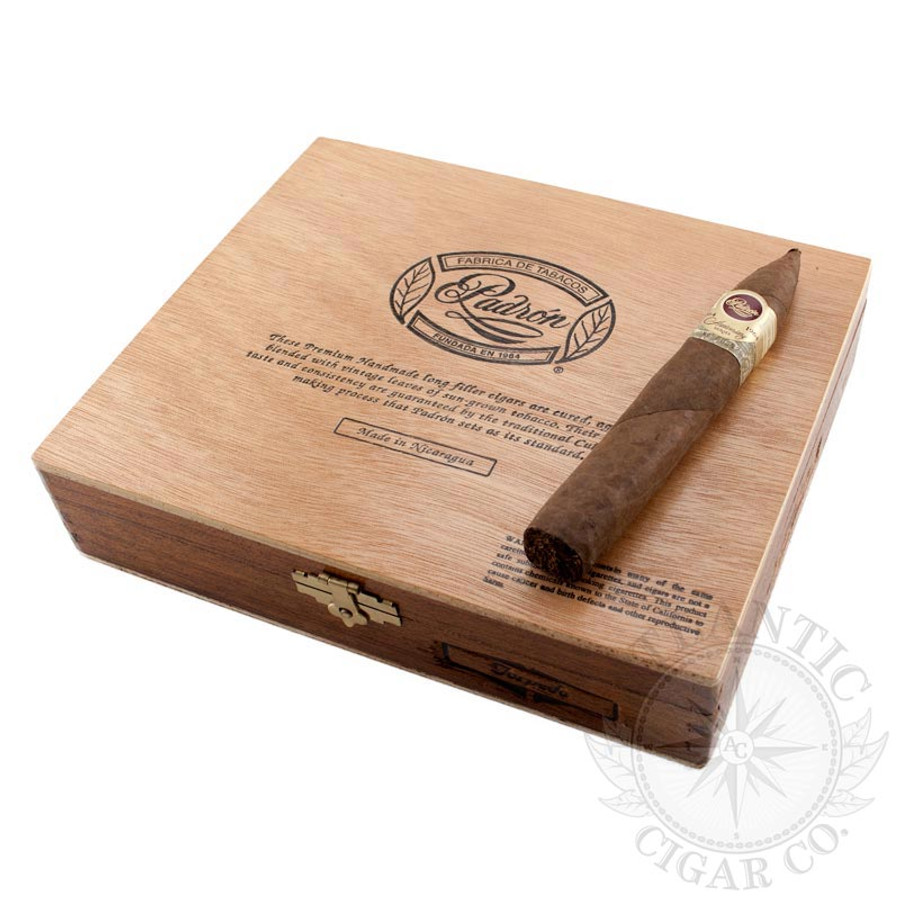 Overview
Padron 1964 Anniversary Cigars
Cigar Aficionado's 2021 "Cigar of the Year" No. 1 - 97-Rating
Introduced in 1994 to celebrate the Padrón Company's 30th anniversary, the Padrón 1964 Anniversary Series is another world-renowned cigar from a company that doesn't make anything but the most excellent cigars. The 1964 Anniversary consists of sun-grown wrappers offered in either a natural or maduro variety. The use of the finest well-aged tobaccos grown and aged in small batches is the primary reason for this brand's success and popularity. The tobaccos used for the 1964 are grown by the Padrón's in Nicaraguan and aged for four years, creating a smooth and complex smoke. The Padron 1964 Anniversary line was introduced as a box-pressed series, a super premium cigar with incredible construction and quality control. Each cigar is double banded and individually numbered to safeguard against counterfeiting. The Padrón 1964 Anniversary Series is consistently ranked by industry experts as one of the top brands in the world, due to its rich flavors of chocolate with hints of spice and coffee. Extremely well-balanced and full-bodied yet refined, the Padrón 1964 Anniversary is frequently sold out due to its immense popularity and limited production.