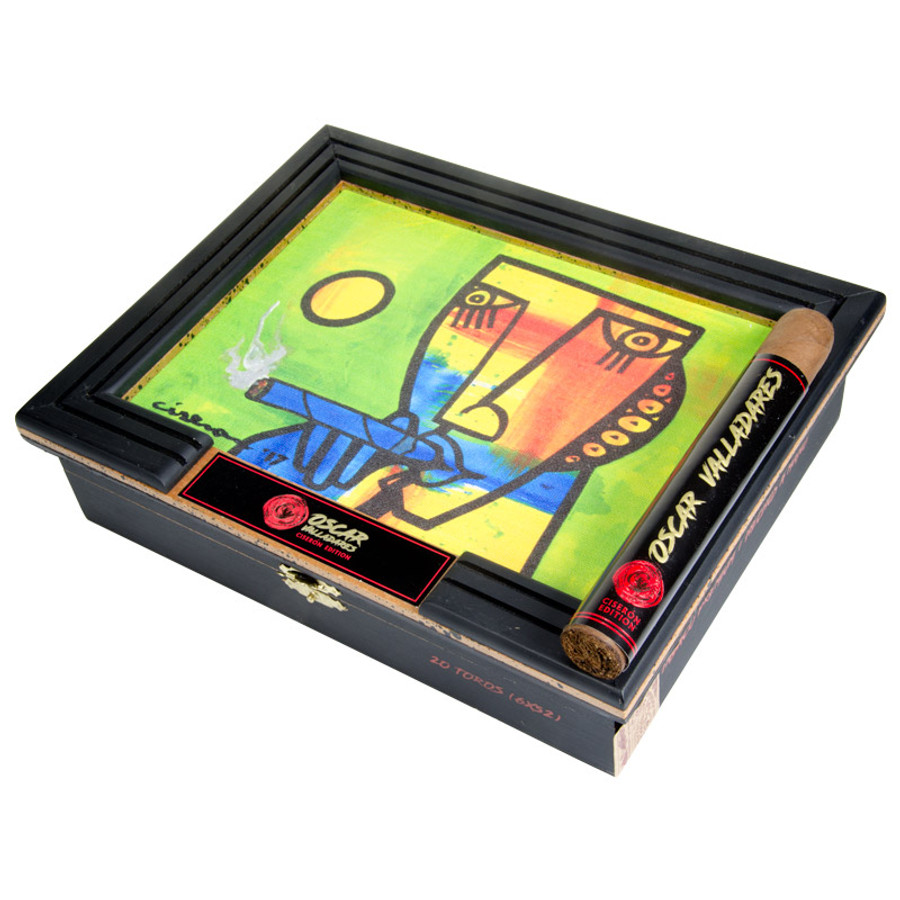 Oscar Valladares has a new limited-edition release, the Oscar Valladares Ciseron Edition. The first line from the Honduran cigar maker that doesn’t use Honduran tobacco, rather an Ecuadorian Habano sun grown wrapper and all Nicaraguan core. Oscar Valladares has been producing some outstanding smokes over the last few years with lines like Leaf, Island Jim & The Oscar all of which have received outstanding reviews. The Line is produced in one size a 6 x 52 Toro packaged in 20-count boxes featuring five untitled pieces featuring the art work of by Honduran artist Elmer Ciserón Bautista.

Elmer Ciserón Bautista exhibited and sold his first works in 1991 in his home country, which he cited as being inspired by everyday life from a positive point of view and women. His works have been cataloged in the Post-Cubist Subrealism area, as well as in Post-Cubist Minimalism. In 1994, he was awarded the Julio Visquerra Regional Painting Prize, and has also received multiple honors from the Honduran government. He has had his works shown in more than 30 exhibitions around the world, including in Taiwan, the United States, Mexico, Nicaragua, El Salvador and Guatemala.