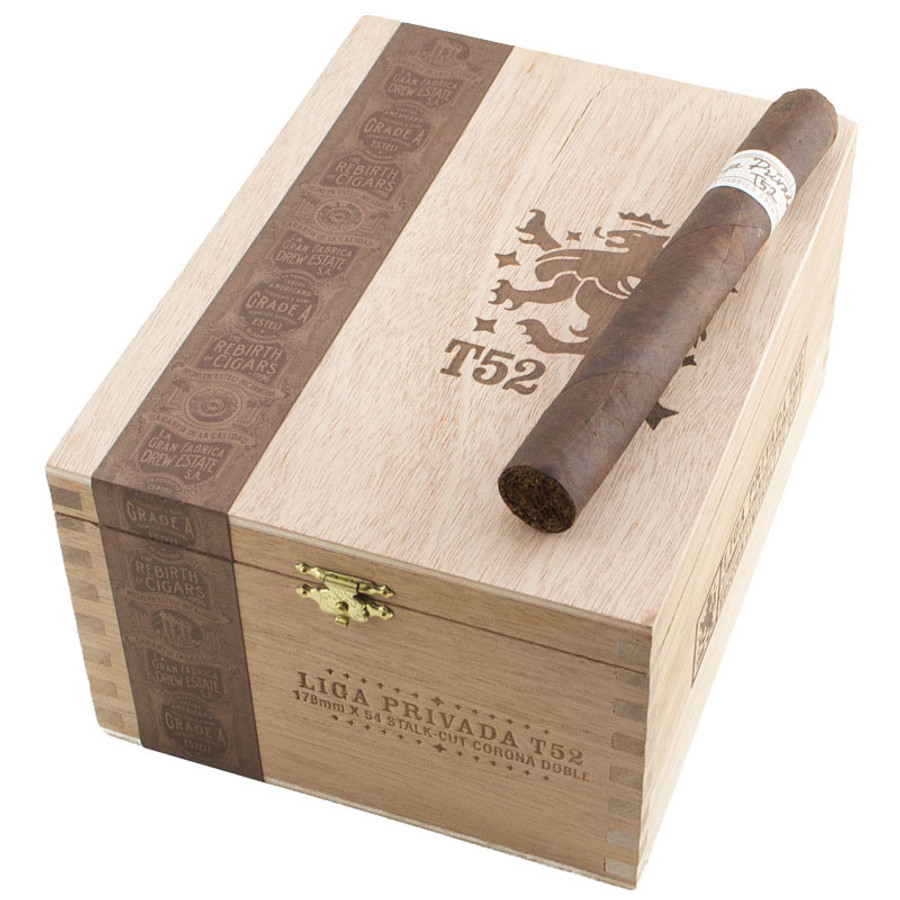 Overview
After striking gold with the Liga Privada No. 9, Drew Estate went in search of a more full-bodied sequel. As Jonathan Drew describes it, the wrapper leaf on these cigars was found entirely by accident. While on a trip to Connecticut to look at broadleaf tobaccos, Drew came across a farmer who was growing a leaf he called "American Habano," but unfortunately the stalk-cut wrapper was expensive to grow properly. Taking a leap of faith, Jonathan Drew invested the money to produce this special wrapper leaf and that's how the T52 was born (that is, after going through a rigorous blending process that took many tries).

As with the No. 9, the T52's blend is composed of tobaccos from 7 different farms to produce only the most truly rich and complex smoke. Drew Estate only allows the most talented torcedors (cigar rollers) to hand roll these special cigars, so you know you're getting only the most well-made stogie for your enjoyment. These robust, full-bodied cigars are stuffed with spice and black pepper flavors. Grab a few of these while they are available, because they don't sit around for long!

flavorful but not harsh. Very smooth for a maduro. Lighter than the Liga Privada No. 9 but no less flavorful.