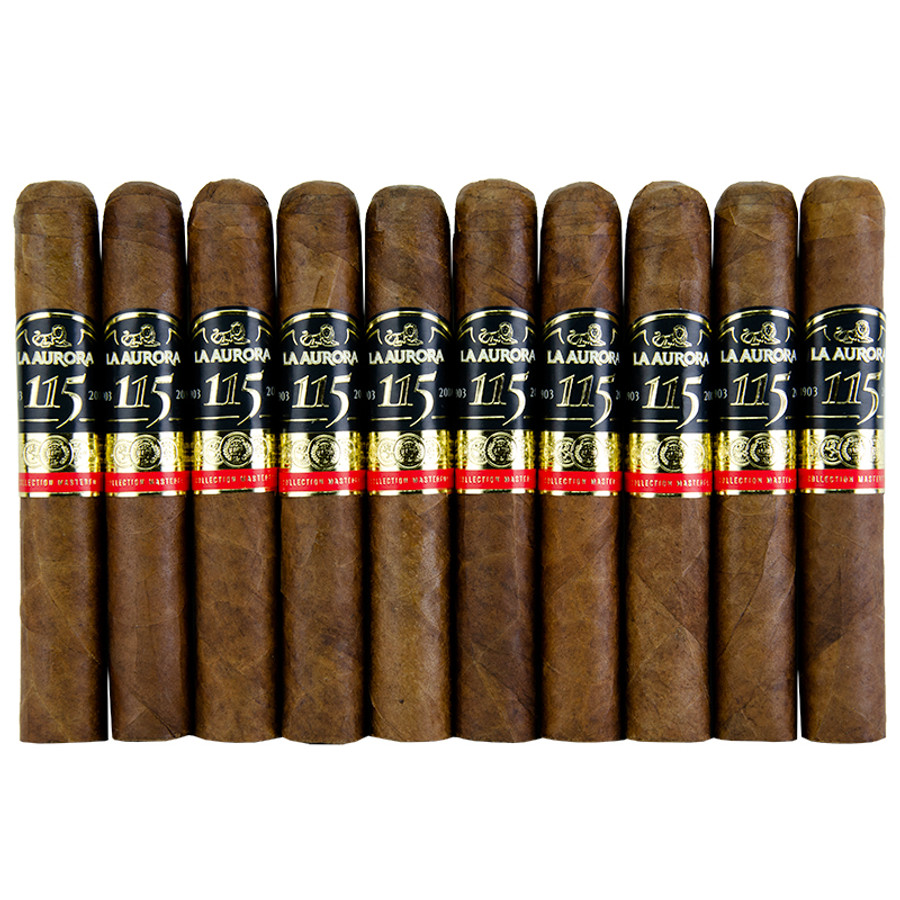 La Aurora has launched a new cigar that pays tribute to its history, which started in 1903. 115 years ago, Eduardo León Jimenes, founded this cigar factory and his effort, vision and values ​​made it possible for the factory to grow and develop. In fact, it became the only Dominican cigar factory that has endured over time with a presence in more than 80 countries. La Aurora 115th Anniversary is a celebration of the Leon family's continued commitment to excellence and innovation. A showcase in complexity and flavor, La Aurora 115th Anniversary is beautiful from the presentation all the way to the finished experience. Bold, but not overpowering, the La Aurora 115th Anniversary was rated 95 by Cigar & Spirits Magazine!

I got this cigar based on a friend&#039;s recommendation. It took a bit to grow on me, but a very enjoyable cigar