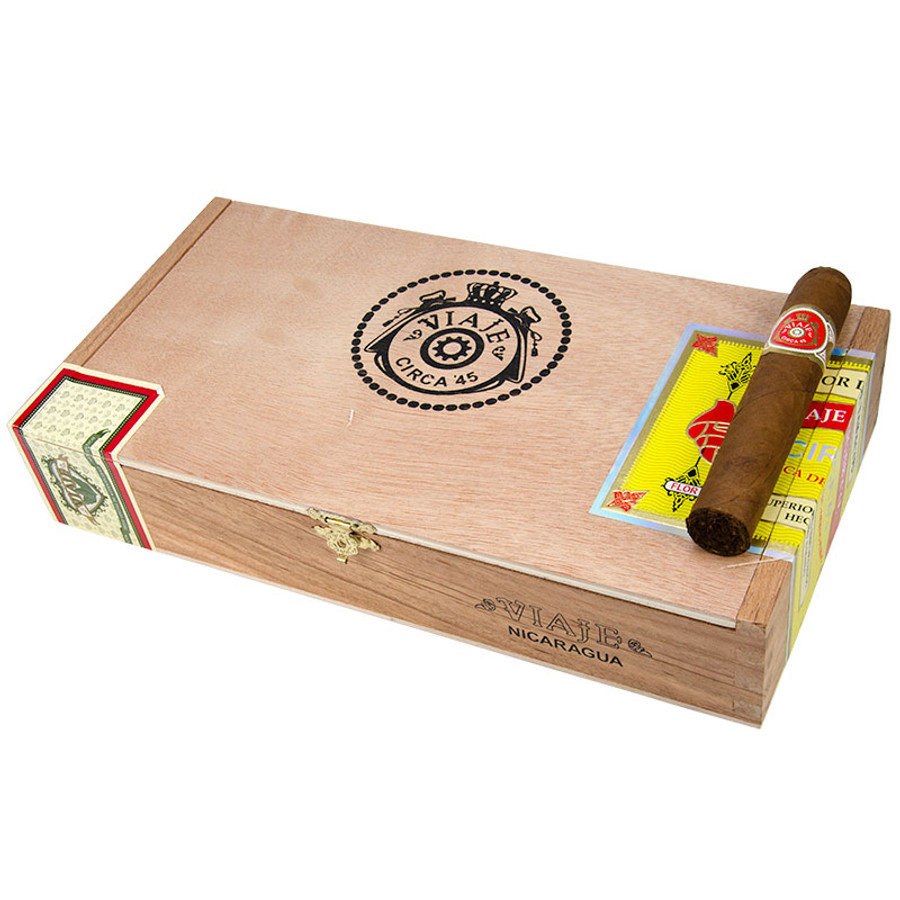 Once a European exclusive is now available in the United States. The Viaje Circa ’45 is brand owner Andre Farkas’ tribute to Cuba, as the packaging resembles the Cuban Punch brand and the tobaccos are what Farkas calls “Cubanesque.” “The line pays homage to Cuba,” Farkas said. “Cuba is reflected in the packaging as well as the name. The ’45 is a nod to Partagás, which was established in Havana in 1845. Both Punch and Partagás are amongst my favorite Cuban lines.”

All the tobacco is Nicaraguan grown by Aganorsa Leaf, and the Circa ’45 is made at the Aganorsa Leaf factory in Nicaragua. The brand was previously produced at PDR Cigars in the Dominican Republic when it was introduced four years ago.

Viaje Circa '45 No. 3 Nicaragua Gordo

Viaje Circa '45 Reserva Maduro No. 1 Robusto