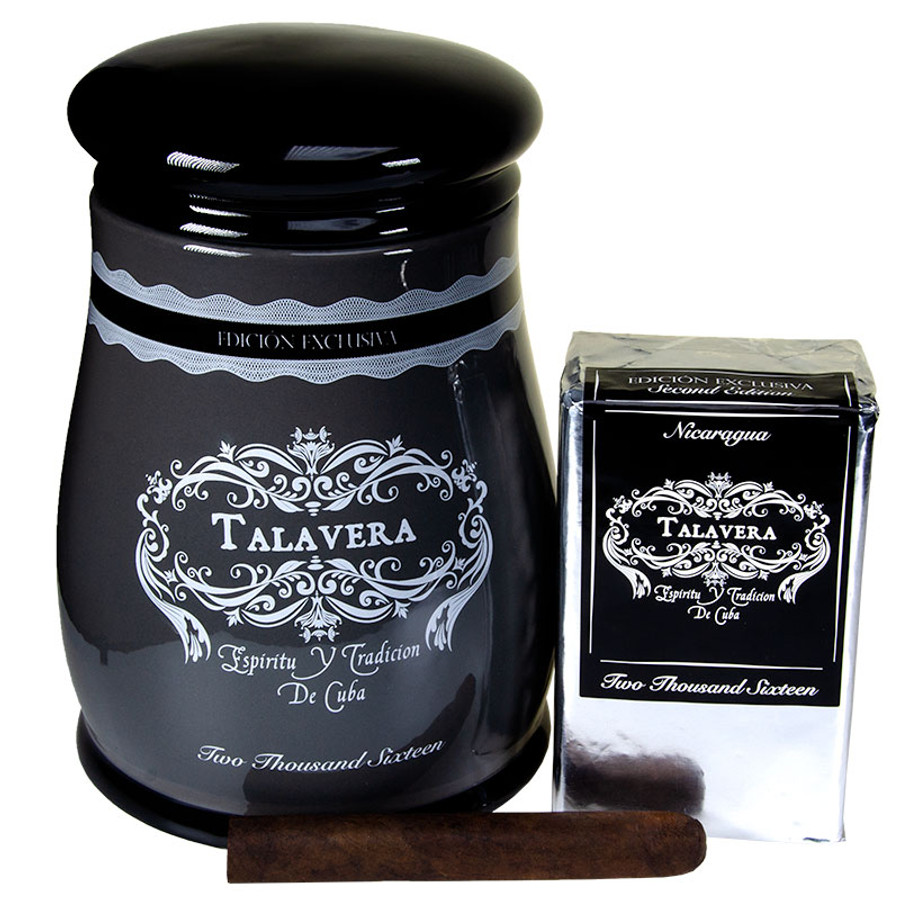 The Talavera name dates back to the very first ceramic jars produced to package Cuban cigars in the late 18th Century. These exquisite jars were manufactured in Talavera Spain. The city of Talavera was world renowned for its high-quality ceramics. Atlantic Cigar honors this tradition through the name and packaging of these premium cigars.

The second edition of Talavera “Edición Exclusiva” will be available in two sizes. Both box-pressed formats, wrapped in a hand-selected high priming Nicaraguan Habano Oscuro wrapper, with a Nicaraguan Habano binder which encloses a core of specially selected proprietary Nicaraguan fillers. This rendition of the Talavera “Edición Exclusiva” comes packaged in classic Cuban silver foil paper and without bands. These cigars are rolled and wet-packed like many Cuban brands, as they will continue to develop and change over time, making the ceramic jar a perfect aging vessel. Each jar will be packed with a 10 gram 69% Boveda Humi-Pack. Enjoy a few now, age a few for later and see how the blend continues to develop and mature. So, pick up your Collector’s Jar and enjoy this exquisite full-bodied and well-crafted cigar today.