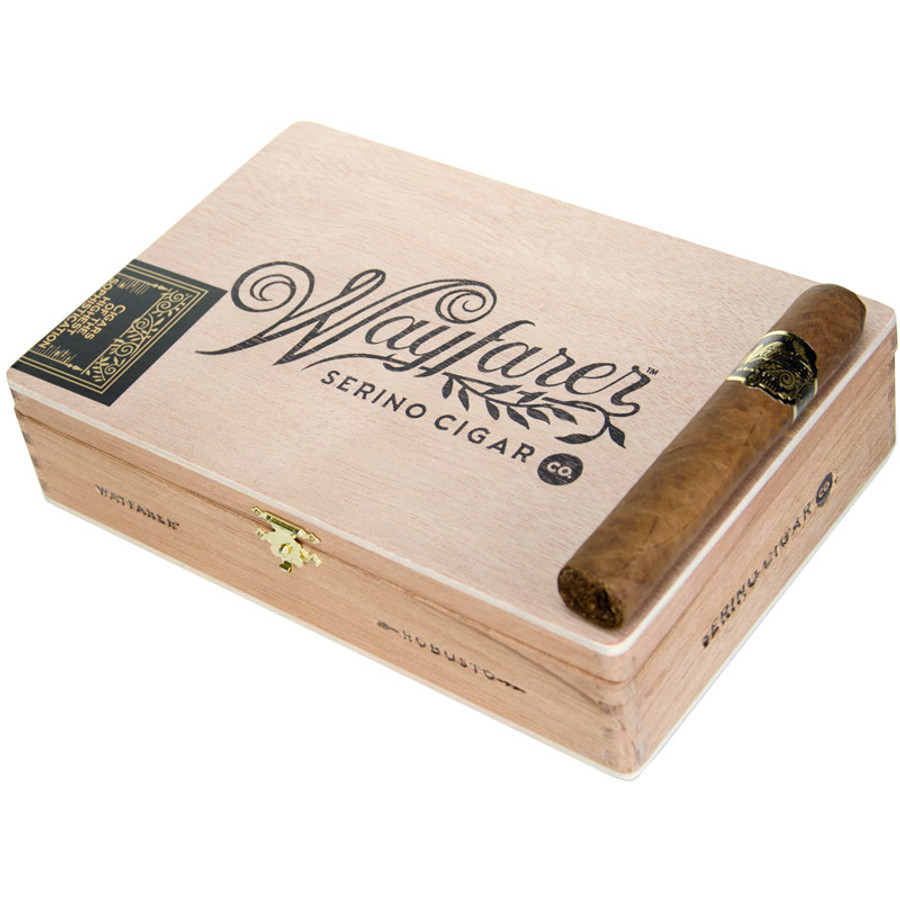 Serino Wayfarer Cigars by Carson Serino
At the 2017 IPCPR cigar trade show in Vegas the new line from father and son duo Tony & Carson Serino was introduced. The Serino Wayfarer is the first blend released by Carson who has spent his entire life around the cigar industry. The Wayfarer started out as Carson Serino's personal cigar, and was sold naked to select retailers and handed out as an event-exclusive cigar only. That is until now, the Serino Company says the cigar will now be in full production. Carson teamed up with Luis Omar Gonzalez Aleman, son of famed Cuban Master Blender Omar Gonzalez-Aleman.

"For this project, we wanted to create a traditional Cuban styled cigar with new era branding. we implemented traditional Cuban rolling methods and used original Cuban molds, including the very 109 mold that has crafted some of Cuba's most memorable cigars," commented Gonzalez Aleman. The blend for the Wayfarer features an Ecuadorian Corojo '99 wrapper, Jalapa binder, and undisclosed Nicaragua fillers. As with the other Serino Cigar Company lines, the Wayfarer is produced at Omar Gonzalez Aleman's La Corona factory in Esteli, Nicaragua.

Buy Serino Wayfarer Cigars Online from AtlanticCigar.com, the leader in Discount Cigar Prices. Shop our site today for the Best Cigar Prices on the Net! Always Shipped Fast & Fresh right to your door.