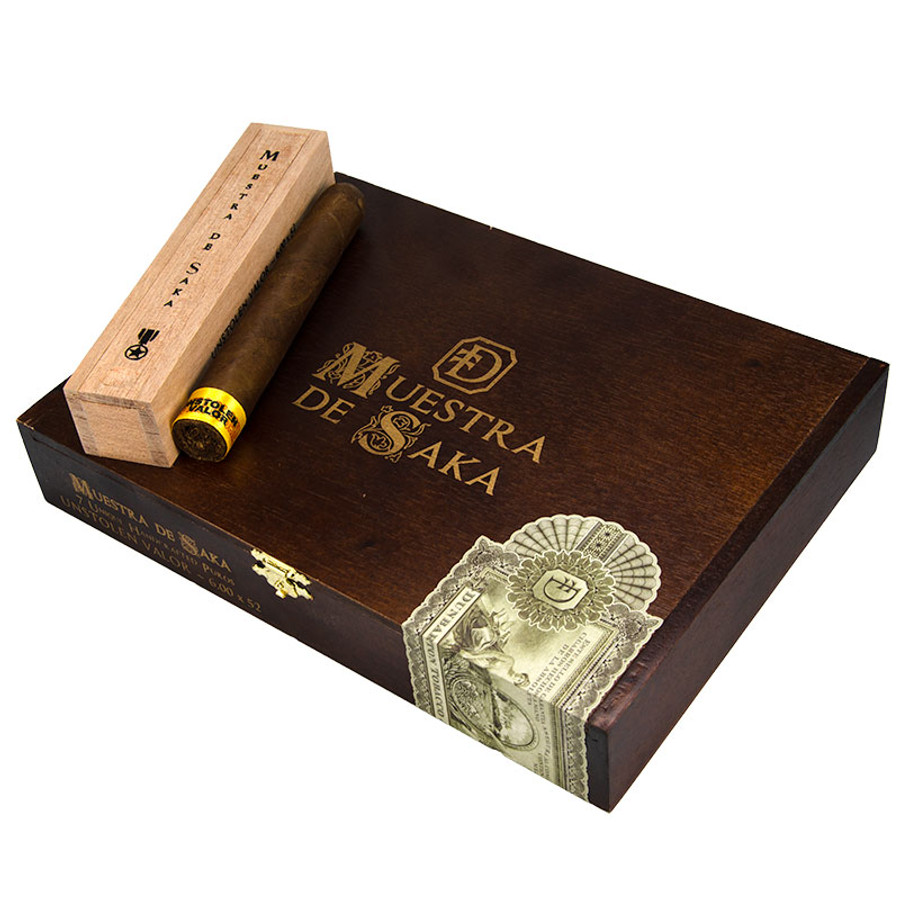 The Muestra de Saka by Dunbarton Tobacco & Trust is an extremely limited edition cigar release. The Unstolen Valor is the fifth installment of the Muestra de Saka series, it is also the first time the cigar has not been blended by owner Steve Saka, although he had the final say on the released cigar. The story goes that Saka asked Raul Disla of Nicaragua American Cigars S.A. to make four blends for a cigar called Stolen Valor. Both men had a different choice on the cigar to be released with Steve having the ultimate say on the one chosen. The name was changed to Unstolen Valor when Saka decided to give credit to Disla for the blend. The Muestra de Saka Unstolen Valor is blend with an Ecuadorian Habano 2000 Capa wrapper, with Nicaraguan Jalapa grown binder. A combination of Nicaraguan, Dominican and US Connecticut River Valley filler tobaccos, making for a full bodied, dense and spicy blend loaded with heavy pepper notes.

Buy Muestra de Saka cigars by Dunbarton Tobacco & Trust from atlanticCigar.com today, as these are sure to sell out fast.