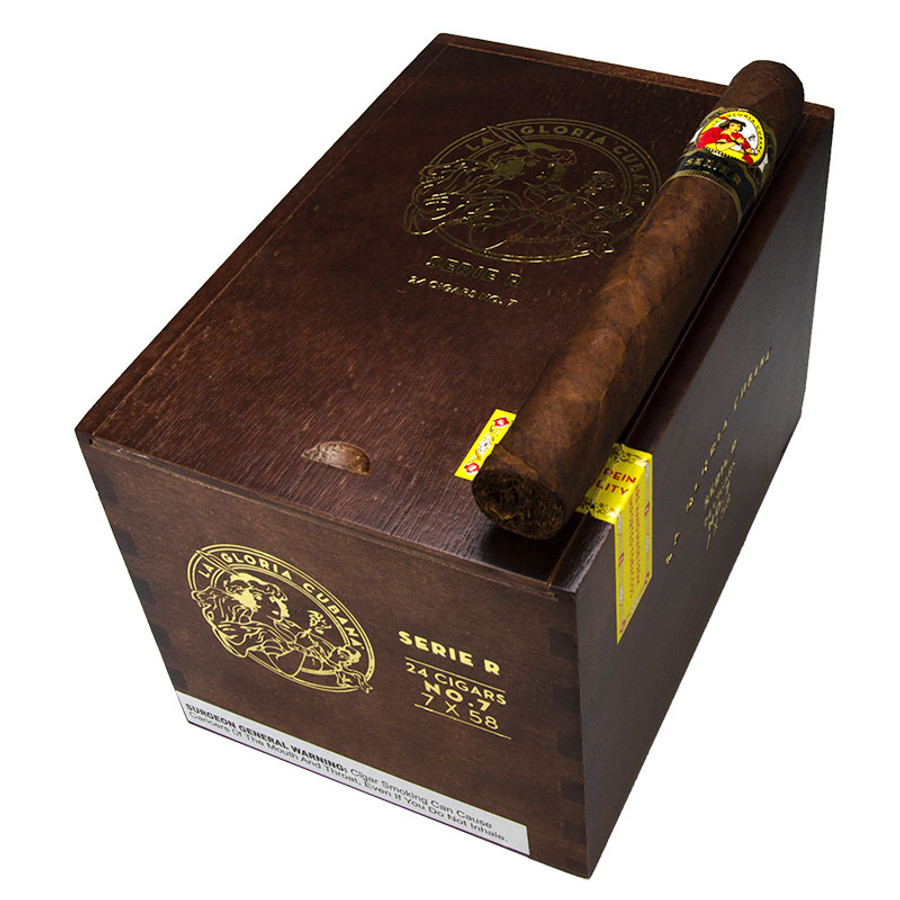 Overview
This cigar hasn't escaped the attention of many cigar smokers. The sheer popularity of this cigar almost guarantees that most cigar fans have at least heard of the Serie R, if not smoked boxes of them. The "R" is the best selling offering from General Cigar's El Credito Factory in the Dominican Republic, and if you've smoked one you'll know why this Ernesto Perez Carrillo creation has been such a hit since 1999.

La Gloria Cubana Serie R contains a robust blend of Nicaraguan Ligero and Dominican Olor leaf filler with a Nicaraguan binder. You get your choice of two full-bodied wrappers: an Ecuadoran grown Sumatra or a Connecticut Broadleaf maduro.

Bold and bolder are the two words that you hear most often when this stogie is talked about. The smoke is peppery with hints of sweetness, leather and coffee, which is delivered in abundance thanks to the line's large ring gauges. La Gloria Cubana Serie R is a cigar for those who are looking for a powerful smoke with plenty of complexity.