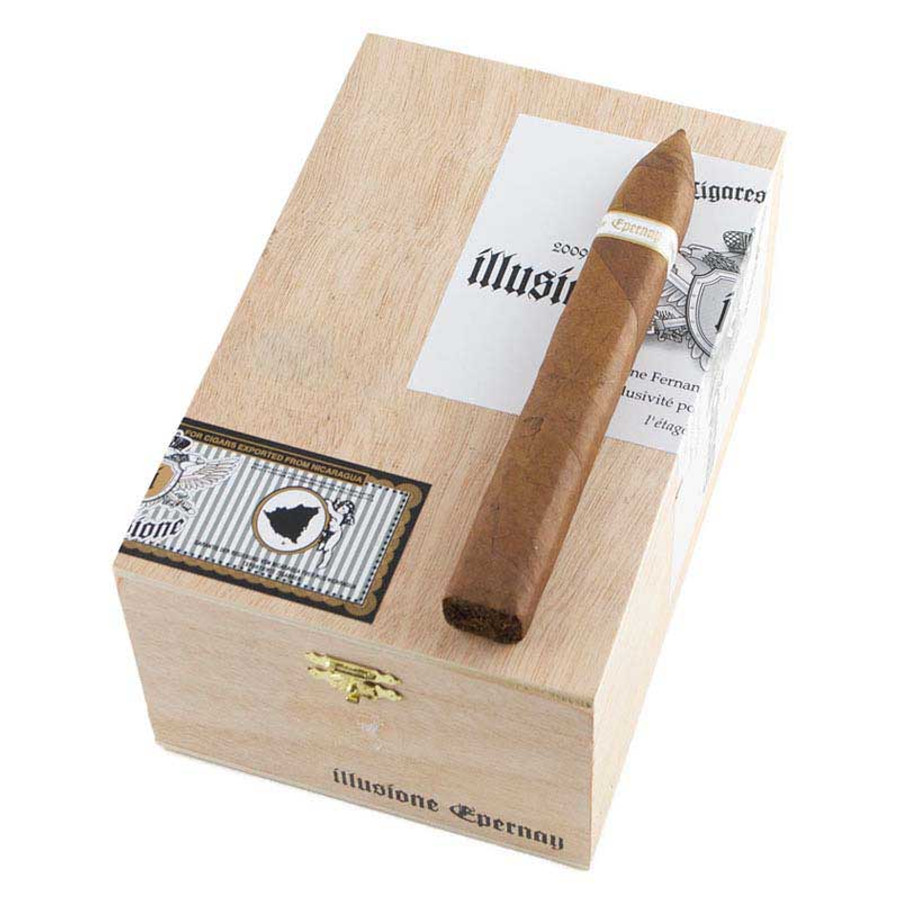 Overview
Easily considered one of the best cigars being produced today, the Illusione Epernay, created by Dion Giolito, is a balanced and nuanced smoke blended to be sweeter and slightly milder than the original Illusione line. Awarded the #3 spot of Cigar Aficionado's Top 25 Cigars of 2011 list, these Nicaraguan puros combine the finest shade-grown Corojo '99 Rosado wrapper and choice Corojo and Criollo filler tobaccos to deliver an excellent medium-bodied smoke. These cigars are produced in the venerable Raices Cubanas factory, which is also considered one of the best in the industry. Don't miss out on these hard-to-find boutique cigars, because you won't find many cigars better than this one!
The Illusione Epernay Serie 2009 cigars originally debuted in 2008 through the e c c j 15th limited release. From this blend, Epernay has been made into four unique and exciting sizes with a combination of Criollo and Corojo tobaccos. The cigar is finished with a superior grade ‘A’ Café Rosado wrapper leaf. The Illusione Epernay cigar brand is a very complex and perfectly balanced cigar that’s loaded with flavor, hints of coffee, earth and sweetness and a rounded creamy floral finish. Other outstanding smoke from the people at Tropical Tobacco / Casa Fernandez who are producing some of the finished smokes from their Miami line, Viaje Cigars and the new Los Hermanos cigars of which 4 of Cigar Aficionados top 25 cigars of 2010 was award to the good folks at Casa Fernandez. Buy Illusione Epernay cigars for the best prices at Atlantic Cigar Company, the leader in discount cigars & accessories.