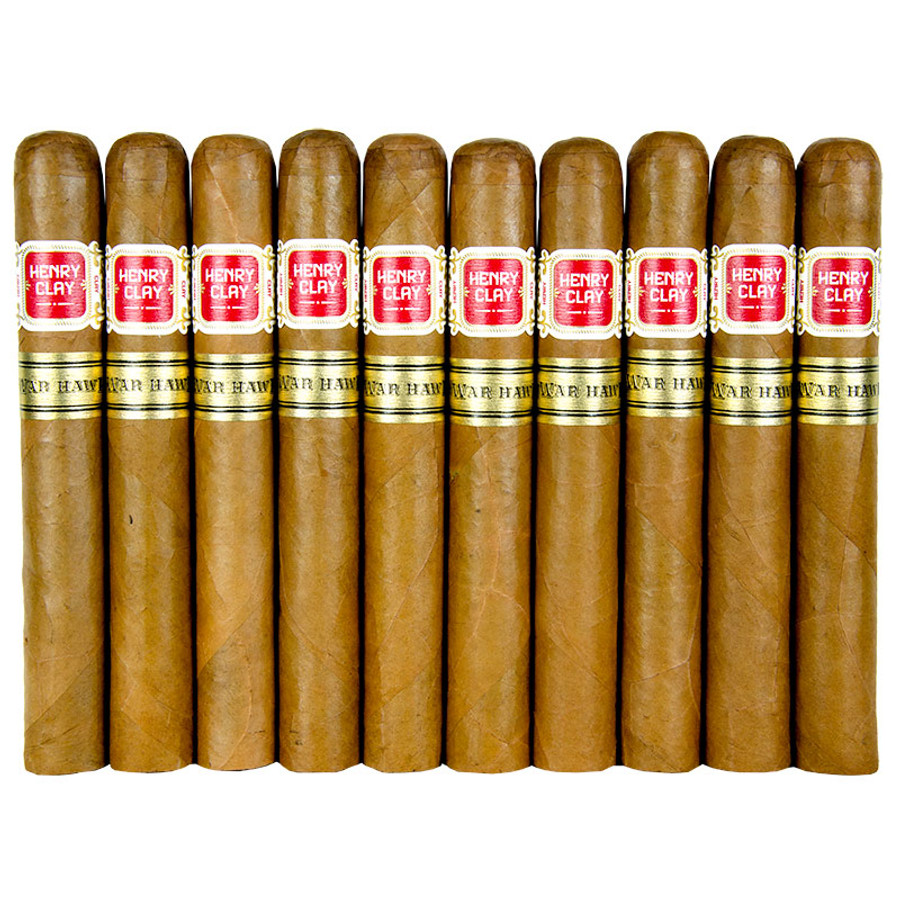 Henry Clay rose to Speaker of the U.S. House of Representatives in the early 1800s, was known above all, as a staunch U.S. nationalist. He was the leading voice among several young members of Congress who boldly applied pressure on President James Madison to defend the young nation by declaring war against Britain in 1812. Clay believed strongly that military force was the only option left to fight British imperiousness. The term “War Hawk” was coined and now used in political circles to describe one who favors war as an ultimate resolution of a conflict.

The Henry Clay “War Hawk” is a dedication to Henry Clay’s lasting influence. The War Hawk cigar is aptly named, as it is a bit rebellious in going against its own tradition by not using a Connecticut Broadleaf wrapper – as do most other Henry Clay brands. The “Hawkish” cigar is a complex cigar, boasting unique flavors, with plenty of spice. This medium-bodied blend sports an Ecuadorian Connecticut wrapper, which houses a broadleaf binder and Honduran filler.

This Cigar is very well constructed. It is complicated and full of flavor a great cigar a a pretty surprising price point.