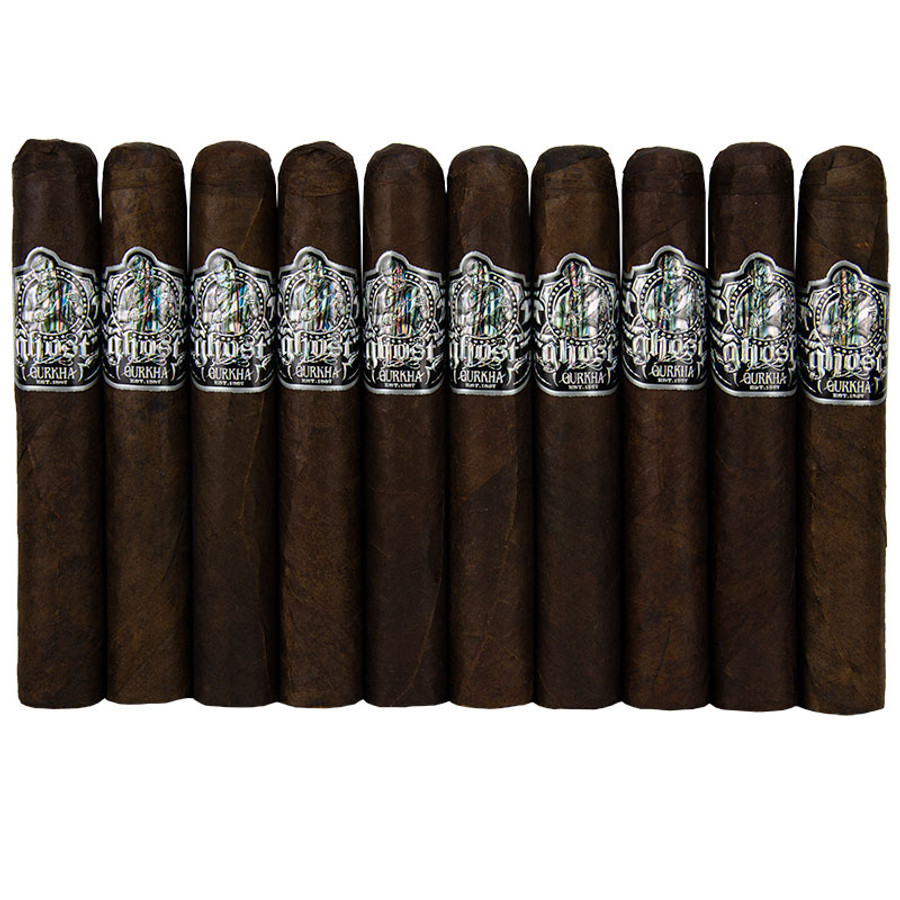 Overview
Gurkha Ghost Cigars
Gurkha Cigar Company has released a new blend at the 2012 IPCPR trade show in Orlando. The Gurkha Ghost, which is made in the Dominican Republic at the PDR Cigar Factory under the watchful eye of Abraham Flores. The cigar is comprised of a Brazilian Arapiraca maduro wrapper with Nicaraguan and Dominican fillers held together with a Criollo 98’ binder. The Gurkha Ghost cigars are a medium bodied smoke with flavors of dark chocolate, Sweet spice Cinnamon and earthy undertones.