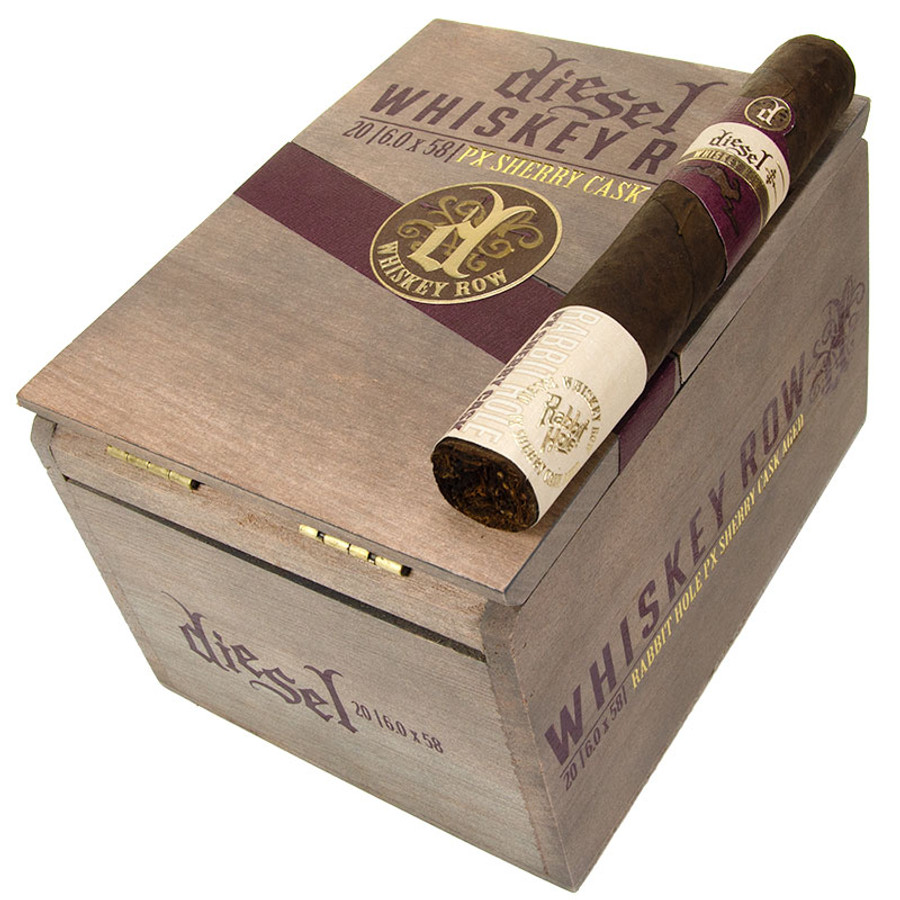 The original Diesel Whiskey Row cigars are made with a binder aged in Rabbit Hole’s Bourbon barrels, while these new Sherry Cask cigars contain Brazilian binders that spent time aging in Rabbit Hole’s barrels that once contained Pedro Ximénez Sherry from Spain. The intent is for some of the Sherry’s sweet character to influence the tobacco, but this is not an infused or flavored cigar. No Sherry or Sherry flavoring was added to any of the tobacco components. Made in Nicaragua by AJ Fernandez, Diesel Whiskey Row Sherry Cask consists of a dark, Connecticut broadleaf wrapper, cask-aged Brazilian, Arapiraca binder and Nicaraguan fillers.