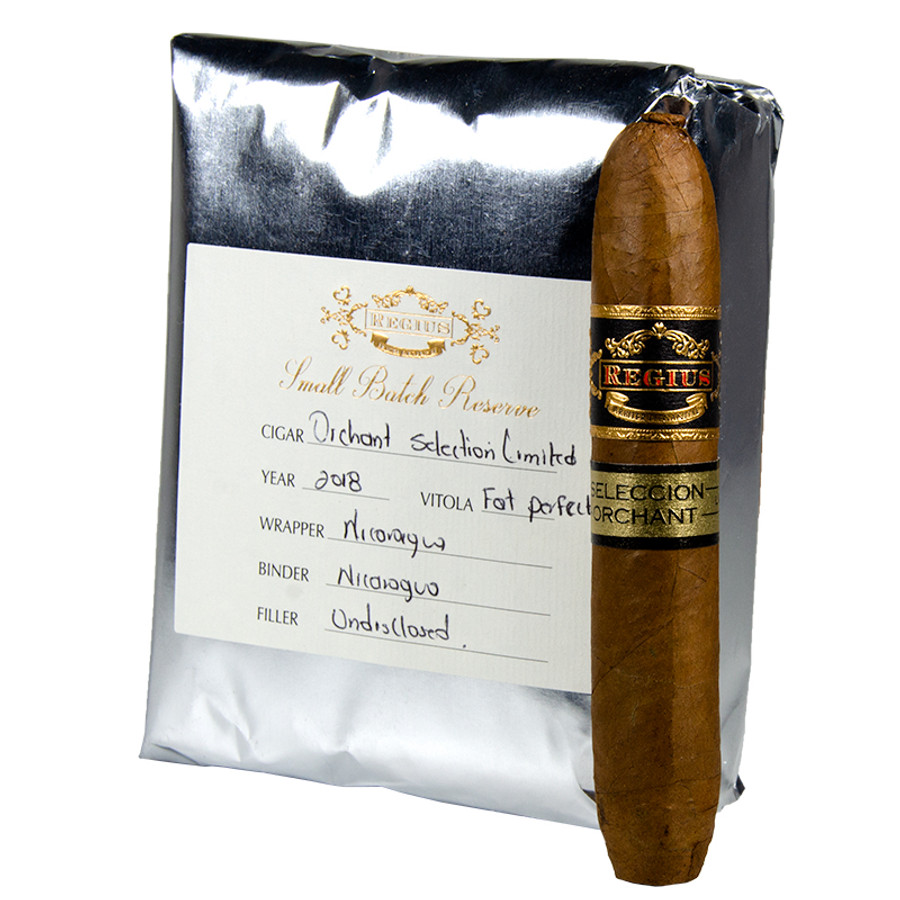 Regius was introduced to the U.S. market in 2013 and prior to that was only distributed in the Europe market. The Regius is made in Nicaragua by Nestor Plasencia, who is one of the best producers of cigars in the world. The original Rare Orchant is a super limited release, a collaboration between Mitchell Orchant, a European cigar retailer and Regius brand owner Akhil Kapacee. After years of blending and making tweaks to the blend, they both achieved what they set out for; a cigar that’s balanced between medium strength and full sweet flavors, which was no easy task. The Regius Small Batch Series The Rare Orchant is an extension of this, Made in small batch productions which helps keep the blend and construction extremely consistent and well-made and ultra-boutique. Each Regius Small Batch line is carefully tweaked to add a slightly different enjoyment to the already exceptional Regius cigar line-up. The Regius cigars are known to be very Cubanesque and a flavor profile that’s more Cuban then Nicaraguan.

A tasty smoke with a pleasant, evolving flavor profile throughout an even burn.