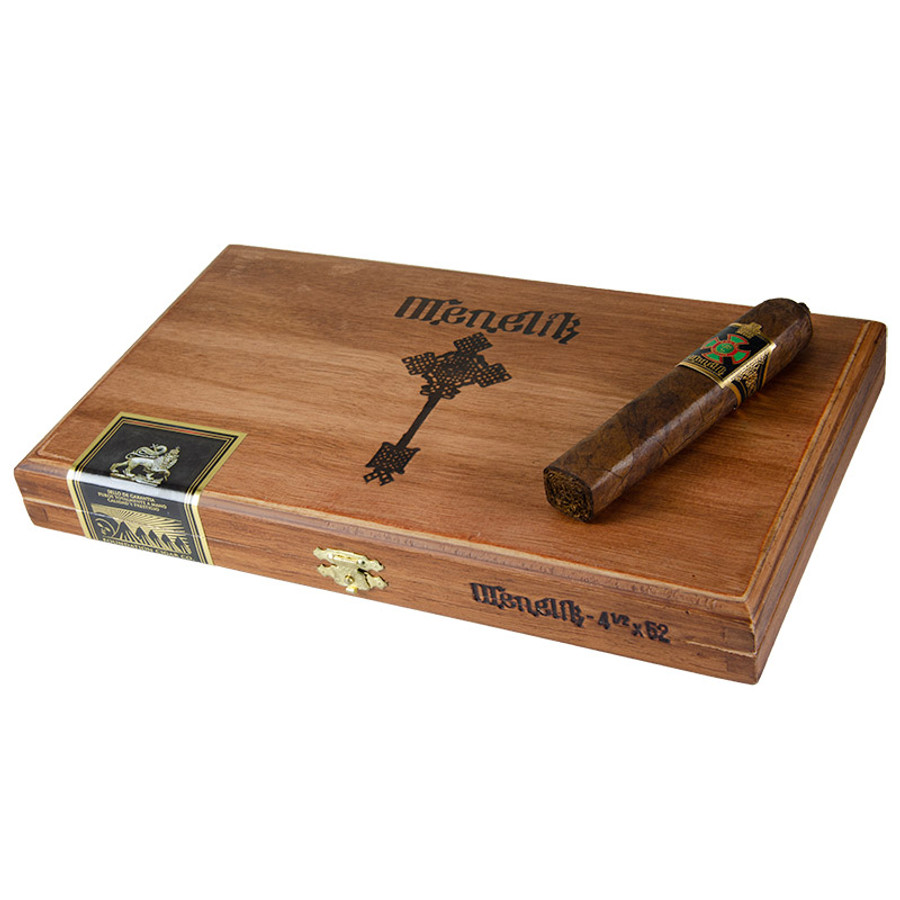 First debuted as an event only cigar the Menelik by Foundation Cigar Co. is a limited production release. The blend consists of a Mexican San Andrés wrapper, Nicaraguan Corojo ’99 binder (grown in Jalapa), and all-Nicaraguan fillers that have been sourced from each of the country’s three primary growing regions (Estelí, Condega, Jalapa). Finally, Menelik is finished with a pigtail cap.

Menelik, translated, means Son of the Wise Man, as well as being the name given to King Solomon and the Queen of Sheba’s son. With Foundation’s two most premiere brands being themed around Nicaragua’s The Wise Man (El Güegüense) and King Solomon’s ties to the Biblical Tabernacle (The Tabernacle), Menelik arrives with plenty of conceptual depth befitting of the lore Foundation has worked to create over the past four years.

Buy Menelik by Foundation Cigar Co. Cigars Online from AtlanticCigar.com, the Leader in Discount Cigar Prices. Shop our Site Today for the Best Cigar Prices on the Net! Always Shipped Fast & Fresh Right to Your Door.