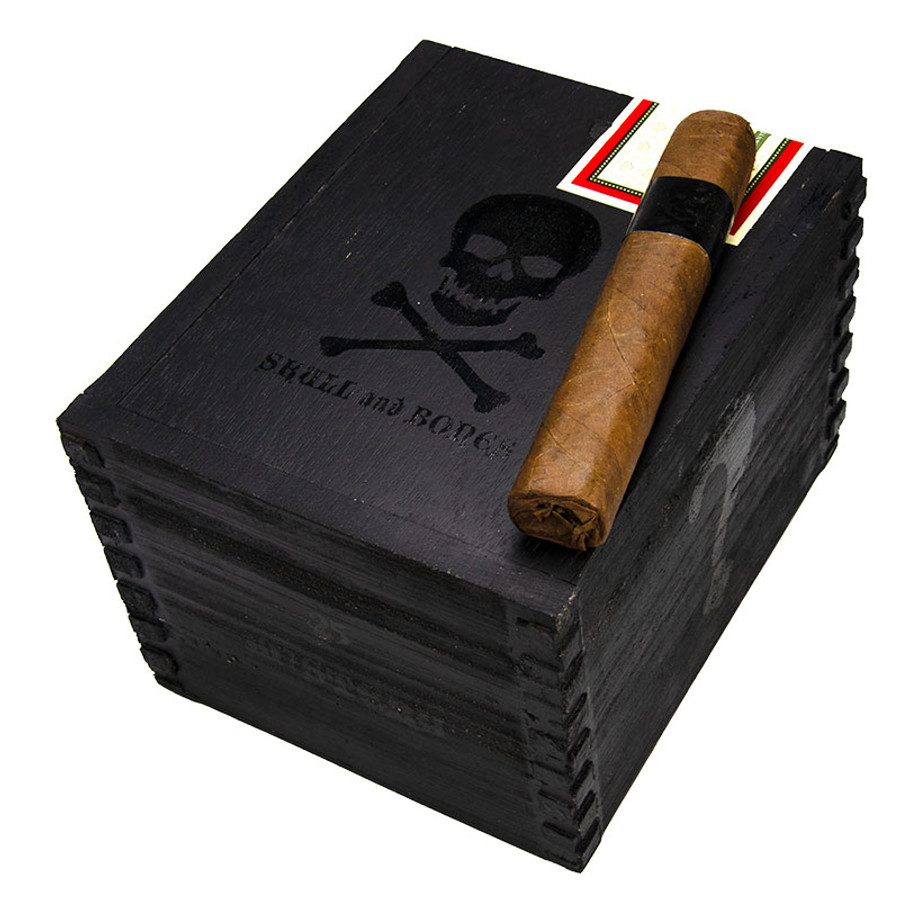 Overview
Viaje Skull & Bones Mystery ? Maduro Box Pressed Cigars by Andre Farkas
(Extremely Limited Release)
As with most Viaje only a small number of boxes were produced, creating a buzz not often seen in the cigar industry as the masses lineup to get their hands on these limited production release, which in the case of the Viaje Skull & Bones Mystery ? Maduro Box Pressed cigars, these babies haven't been released since 2015!  Not much is know about Viaje Skull & Bones M?STERY (that's why it's a mystery). But I can tell you that these releases are known for being loaded with top quality, rare tobaccos grown in Nicaragua by Aganorsa Leaf. An all Nicaraguan core with a Mexican San Andres Maduro wrapper delivers an explosion of both strength and flavor in this full-bodied, full-strength small-batch cigar!