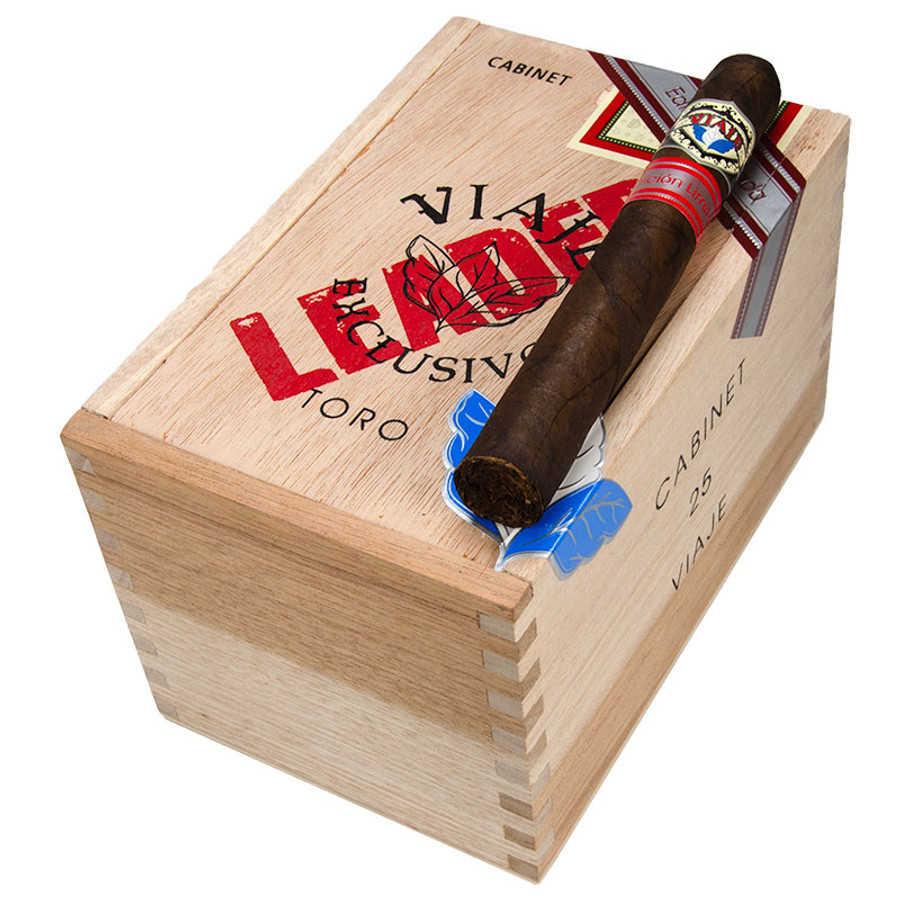 Overview
Originally created by brand founder Andre Farkas as a personal blend for private consumption, the Viaje Exclusivo has experienced an explosive following through consistent small batch, limited releases in a wide variety of shapes and sizes. The dark, oily Nicaraguan Criollo '98 wrapper has a signature mottled look, and finishes off a puro blend of both Nicaraguan binder and fillers. Manufactured at Raices Cubanas in Honduras, the Exclusivo line is created using some of the best Nicaraguan tobacco from Casa Fernandez and Tropical Tobacco. This Viaje is extremely complex for a medium to full bodied cigar, with a distinct earthy core profile of pepper, rich tobacco, and cocoa notes.

Viaje fans are clearly very happy that Andre Farkas decided to share his blend with the world. So much so that due to the popularity Viaje announced in early 2015 a return to regular production cigar making, starting with the Exclusivo. Good news, this cigar is a truly perfect example of the excellence of the modern Nicaraguan cigar.