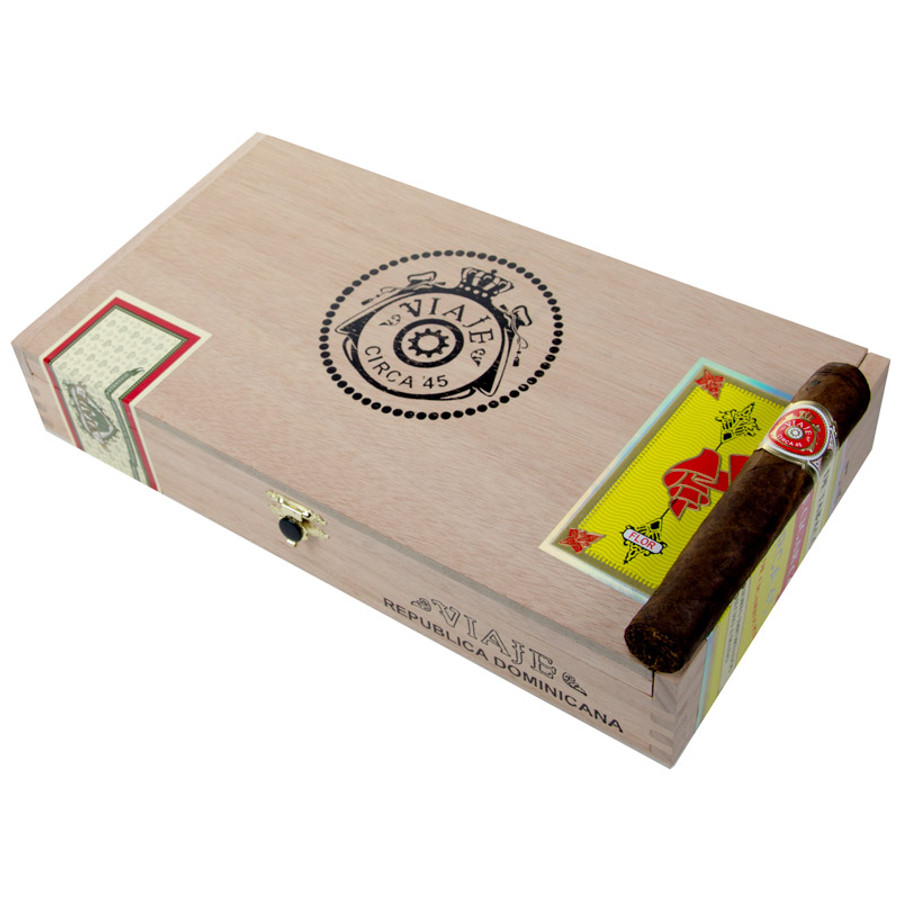 Viaje Cigars has released an addition to the Viaje Circa '45, now available in a San Andres Maduro wrapper. We were able to source a few boxes of this very limited blend for our Viaje fans. According to Andre Farkas owner of Viaje, Andre was looking to release a more traditional cigar geared for the European market, and now in a maduro version this cigar delivers a medium bodied cigar that's very well balanced, complex, but ultra smooth. with less power than his traditional American market blends. The Viaje Circa '45 Maduro's are being made at the PDR Cigar factory in the Dominican Republic, consisting of a Ecuadorian Corojo wrapper, Indonesian binder, and Dominican fillers. It has been launched in three sizes: No. 1 (5 x 52), No. 2 (6 x 54), No. 3 (5 1/2 x 58), all come in cedar boxes of 25.

Viaje Circa '45 No. 1 Nicaragua Robusto

Viaje Circa '45 No. 3 Nicaragua Gordo