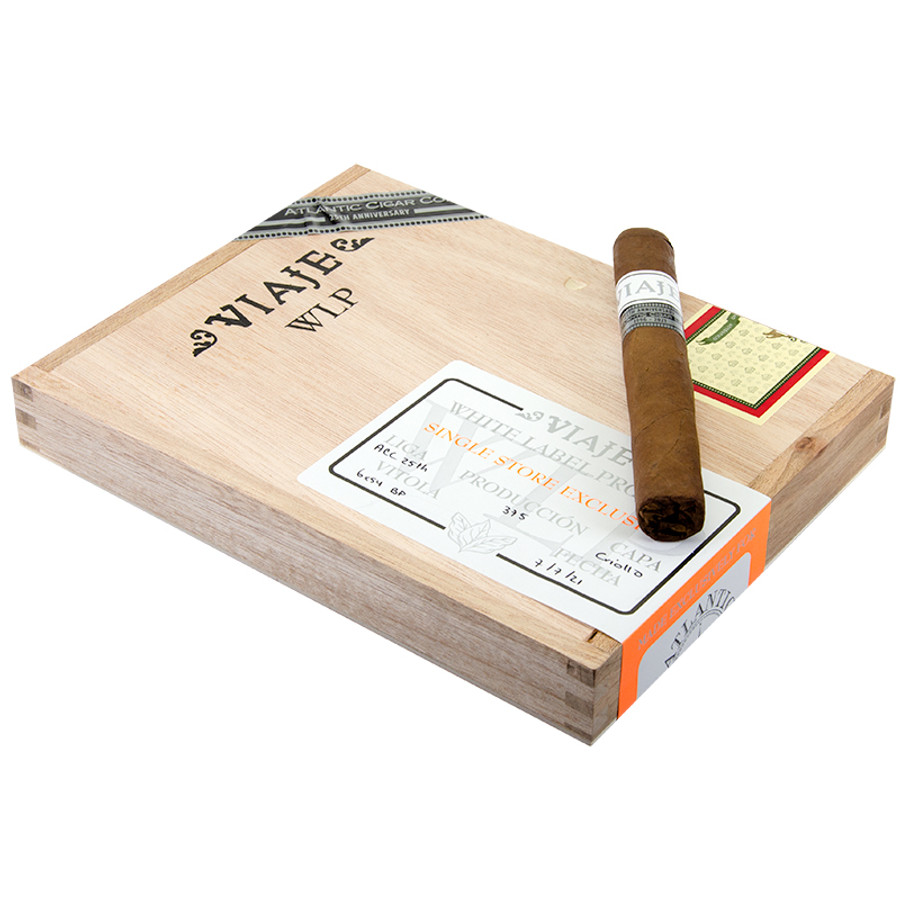 The Viaje White Label Project - Atlantic Cigar 25th Anniversary Limited Edition Toro, the first release of four limited edition cigars from four of the industry’s best cigar makers in celebration of Atlantic Cigar Company’s 25 years in business. The first release of our anniversary collection was back in 2011 marking our 15th Anniversary, followed by our 20th release which received 91-rating and Halfwheel's Top 25 Cigars of 2017 at the No. 20 spot. These cigars were a huge hit, receiving great reviews and selling out fast! We've decided to celebrate our 25th in the same fashion, similar blend now in a 6 x 54 size.

The Viaje WLP Atlantic Cigar 25th Anniversary Limited Edition Toro’s are handcrafted in Nicaragua by TABSA cigar factory, this limited edition WLP blend is a medium to medium-full bodied, a slight change of pace from the current super-strong Viaje lineup. The idea was to create a cigar that can be enjoyed by everyone—anytime of the day. The cigar boasts a Nicaraguan Criollo wrapper, and beneath this leaf is a complex Cuban-seed mixture of grade "A" Nicaraguan long-leaf tobaccos, which are secured within two bold Nicaraguan binders. Each cigar is then box-pressed to perfection! The blend delivers a smooth well balanced smoke that allows each of the tobaccos to shine, making for a mouth-watering and extremely satisfying smoke. With production of all of our Anniversary cigars, they will be a small-batch run, never to be produced again. Andre Farkas of Viaje Cigar Co. produced only 375 boxes of 10 in this this amazing cigar, so grab a box today before they are gone forever.