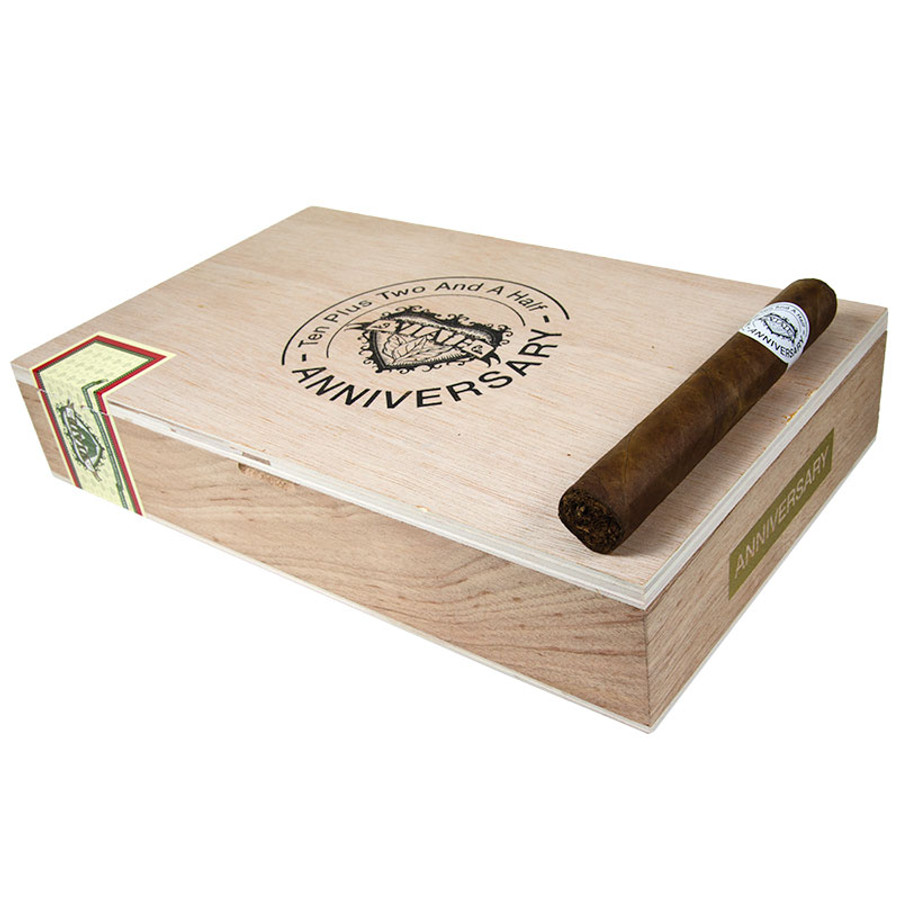 Let us celebrate another milestone in the industry. Founded in 2006, Andre Farkas is known for his small batch style of releasing cigars. Limited quantities and runs that people drool over. As with all of Viajes releases, amounts released are low but the demand is high. Be sure to pull the trigger quick, because Viaje releases do not stick around for long.

Buy Viaje Anniversary Cigars Online from AtlanticCigar.com, the Leader in Discount Cigar Prices. Shop our Site Today for the Best Cigar Prices on the Net! Always Shipped Fast & Fresh Right to Your Door.

Viaje Anniversary Silver Ten Plus Two And A Half