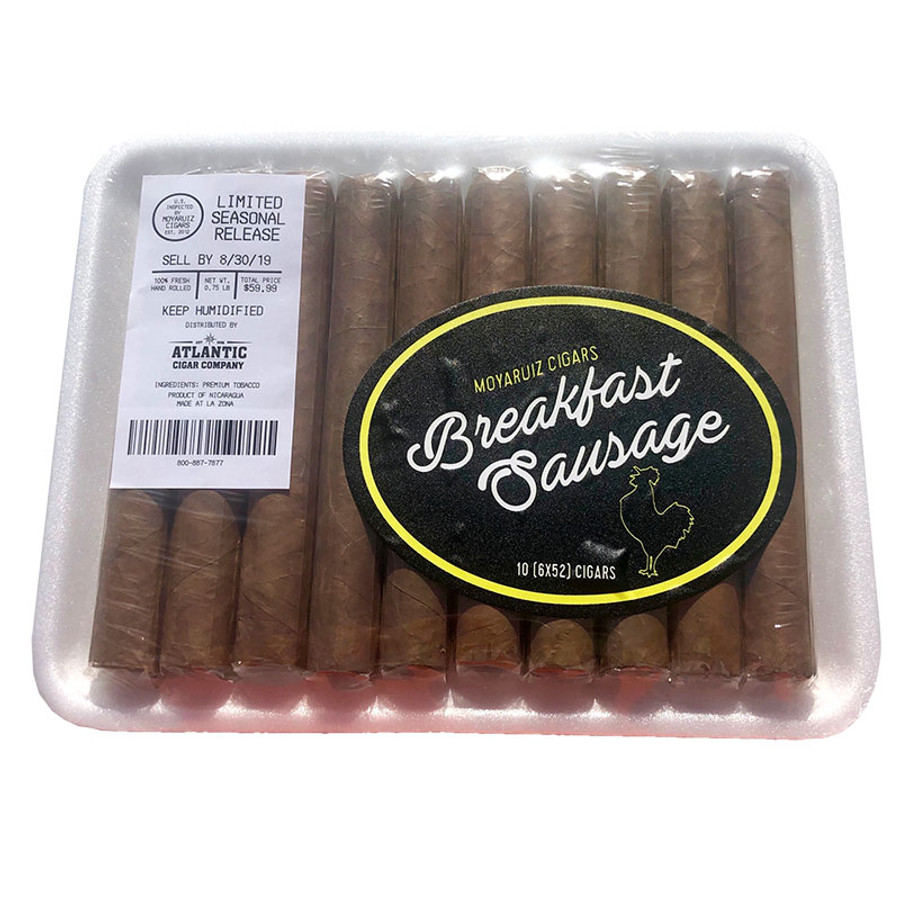 Atlantic Cigar Company is excited to announce an exclusive summer release in collaboration with MoyaRuiz Cigars called The Summer Sausage. This limited summer release will come in three different blends but, feature the same vitola 6x52 Toro. These sausages will be named Habano (Hot) Maduro (Sweet) and the Breakfast Sausage (Connecticut) with binders and fillers from Nicaragua. Rather than going with the traditional concept of one blend and different sizes on an exclusive release, we decided to create a project that would please all of our customers. We are giving our customers something fun and unique to smoke this summer during the holidays, barbecues, or just with that morning cup of coffee. The guys from MoyaRuiz were just the right fit to bring this project to fruition! All of the cigars were hand rolled in the La Zona factory in Esteli, Nicaragua.

“We had a lot of fun turning the La Zona factory temporarily into a Carniceria to bring this release to AtlanticCigar.com, and its customers, “says MoyaRuiz cigars.