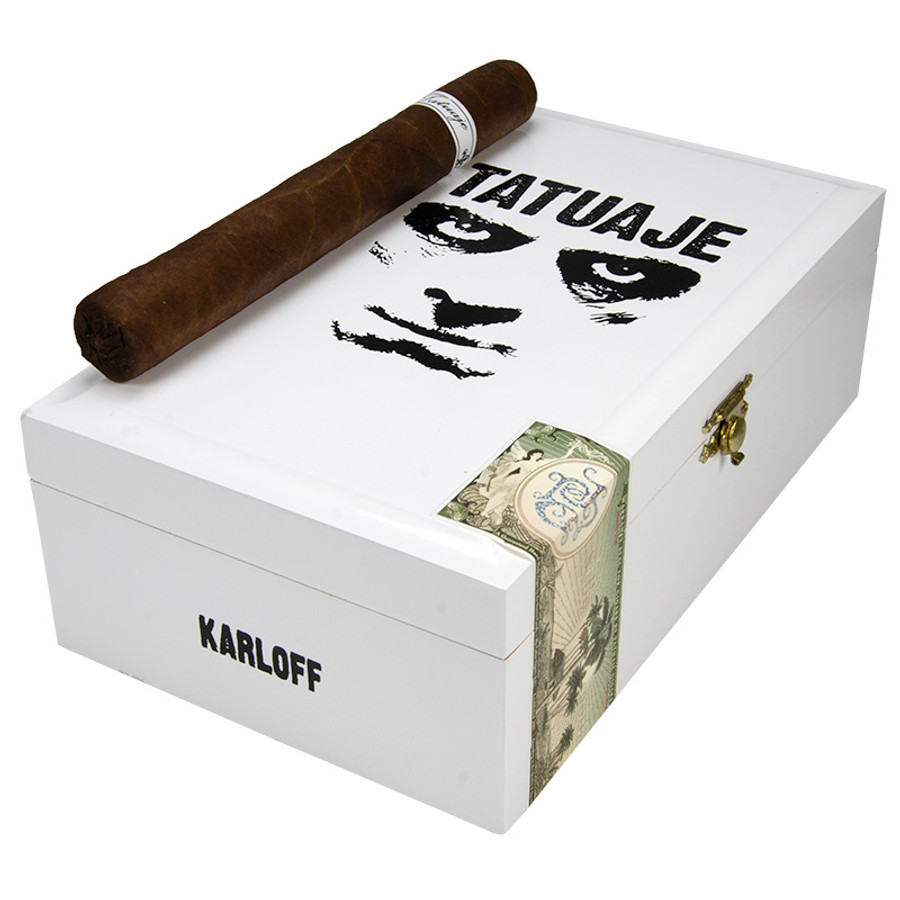 Tatuaje Monster Series cigars are some of the most sought-after cigars on the market. Released once a year around Halloween, these cigars feature special blends, sizes, vitolas and packaging. Teaming up with Don "Pepín" and Jaime Garcia, Johnson's Tatuaje produces highly-rated, full-flavored and well-constructed cigars on a consistent basis.

The Tatuaje Monster Series are a limited edition release, only 666 limited edition boxes are produced each year around Halloween. For 2020 Tatuaje has released the "Karloff," after the actor Boris Karloff who stared in many of the early monster films. The cigars are a closed-foot 6-5/8 x 49 toro that features an Ecuadorian Sumatra wrapper with an all Nicaraguan core, and rolled at the My Father Cigars S.A. factory in Nicaragua.