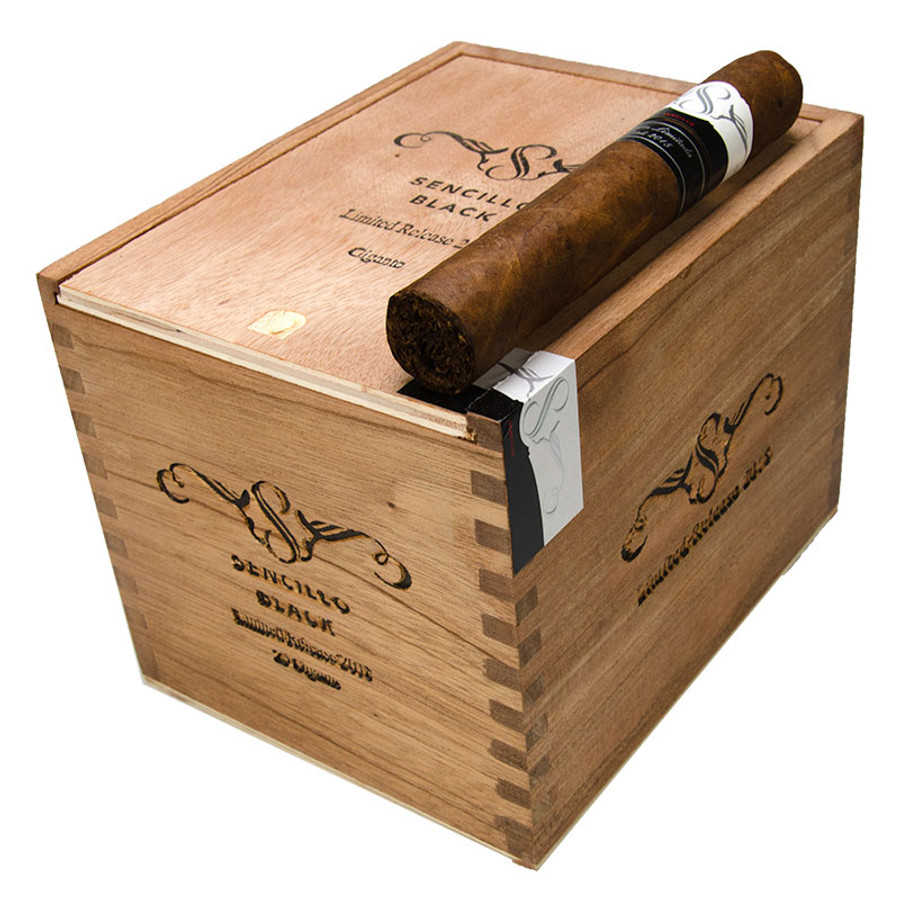 Sencillo Black is handmade by Plasencia Cigars with five different tobaccos. The filler is blended from two Cuban-seed tobaccos grown in Nicaragua and two from Honduras as well as Viso San Andres tobacco grown in Mexico. The Habano Colorado wrapper and Habano Jalapa binder are also Cuban-seed, Nicaraguan-grown leaves. All blended perfectly to give Sencillo Black a consistent yet complex flavor.

Note: The year on the main band varies, depending on the year when the cigars were produced.