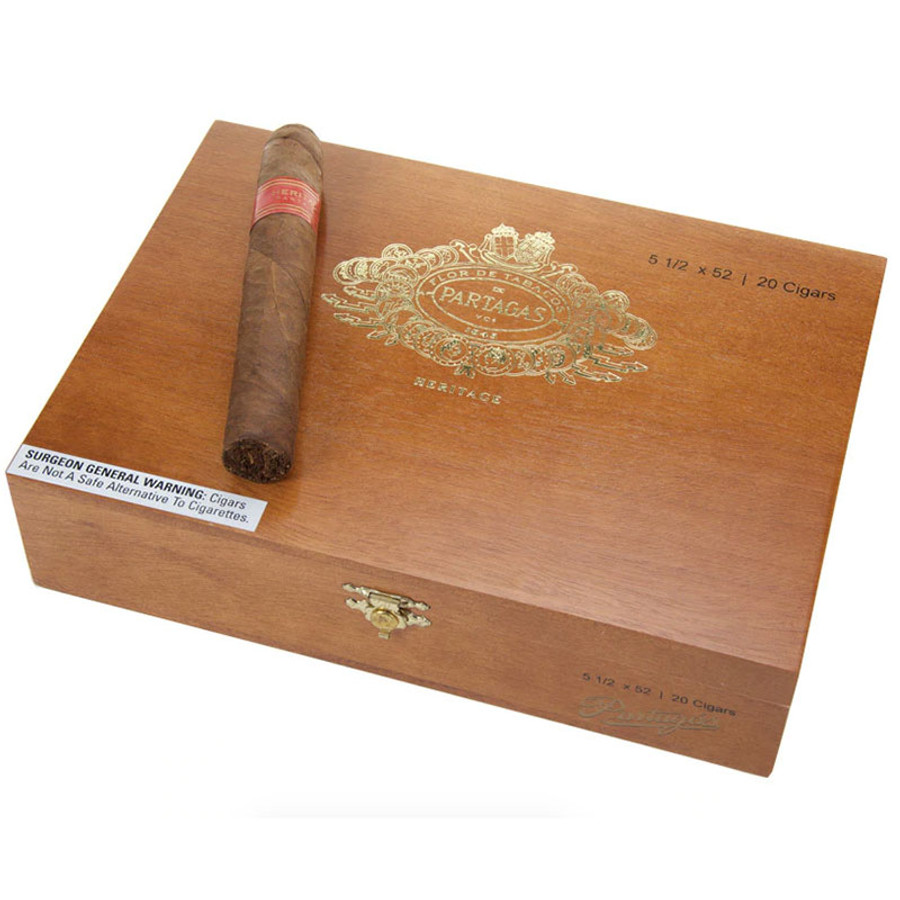 The Partagas Heritage blend is comprised of a proprietary Honduran wrapper that’s cultivated especially for this brand and grown in the Olancho San Agustín valley. This specific wrapper according to General, is similar to that used on the Partagas Spanish Rosado brand. The filler blend of Honduran tobacco from Jamastran as well as the same Dominican Piloto Cubano and Mexican San Andrés leaves found in the Partagas 160 are held together by a Connecticut broadleaf binder. The result is a rich bold blend that is both complex and well balanced, grab a box of the Partagas Heritage today and you be the judge if this is in fact the very best of Partagas to date.</>