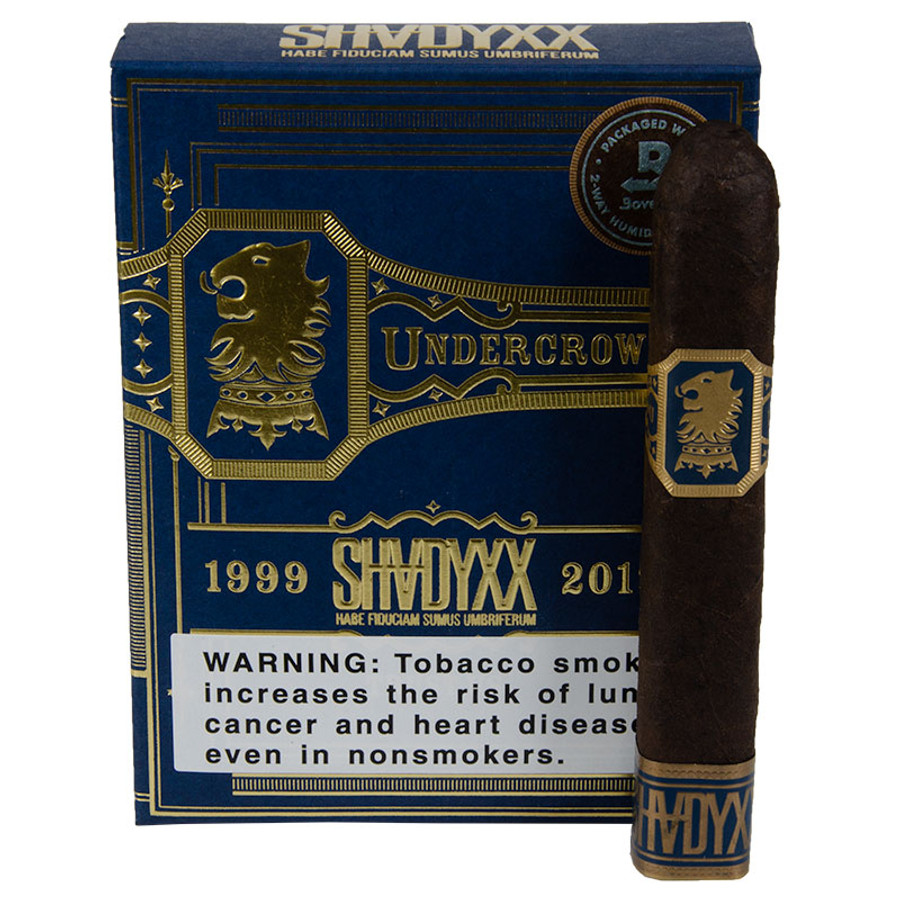 Liga Undercrown is another heralded blend by the Drew Estate Cigar Company, the largest producer of cigars in Nicaragua and the company behind the highly-acclaimed Liga Privada line. With the huge success of the Liga Privada line, many of which were being smoked before they even left the country, Drew Estate set out to create an additional blend that would be more available to their Liga fans. Blended as the personal blend of Drew Estate's torcedores (cigar rollers), the Liga Undercrown is an inverse Liga Privada, according to Jonathan Drew, owner of Drew Estate. The blend consists of many of the same tobaccos used in the Liga Privada, however here is the twist. Due to the limited supply of Connecticut Broadleaf wrapper, the Undercrown is made using a rich Mexican San Andres Negro Wrapper. The Shady XX Belicoso is an

offshoot of the blend that is only available to select retailers and is a limited production release. This specially crafted size, a 5” x 50 box-pressed Belicoso vitola comes pack in cardboard packs of 10. It is comprised of the same tobaccos as the original Liga Undercrown.

Phenomenal medium to full bodied smoke leaning towards the fuller side. Can’t go wrong with this one!