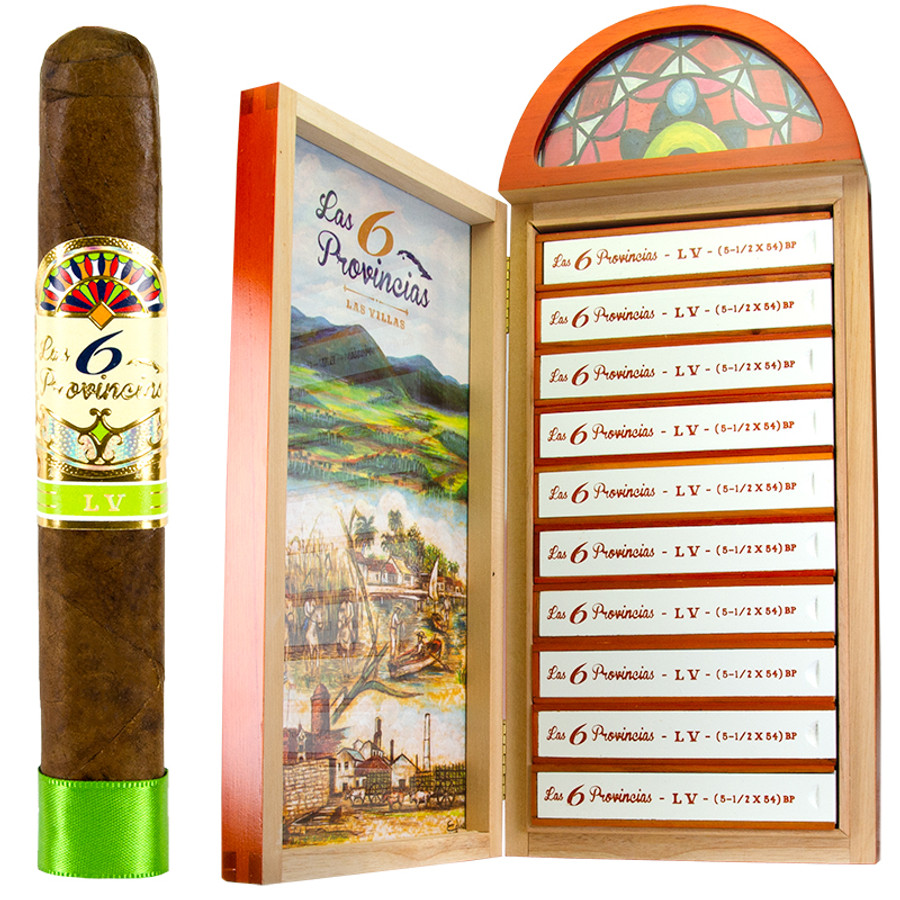 The Espinosa Las 6 Provincias cigars are a limited release first introduced at the 2018 IPCPR Trade show in Las Vegas. Only a very small number are produced to pay homage to Cuba and highlights the original 6 provinces (hence the name). 2021 marks the third installment of Las 6 Provincias, called “Las Villas.” The Las Villas is a box-pressed 5½ x 54 robusto, made at A.J. Fernandez’s San Lotano Factory in Ocotal, Nicaragua. The Las Villas are individually packaged in their own branded coffin and presented in a 10-count curio display featuring original artwork, from local Cuban artist Eden Gutierrez, depicting scenes from Las Villas before the communist revolution. The province was center of the Cuban cattle industry between the 18th and 19th centuries before shifting to sugar production in the 20th century. The original province of Las Villas was nestled between Matanzas to the East, Camaguey to the West, and the Atlantic Ocean to the North. In 1976, the province was divided, with Cienfuegos, Sancti Spíritus, and Villa Clara each becoming their own province. The cigars are a solid medium - Medium-Full bodied cigar that's both balanced and complexed. The blend of the Espinosa Las 6 Provincias LHB cigars is comprised of a Connecticut Broadleaf wrapper and special aged blend of Nicaraguan tobaccos for both the binder & filler. Grab a box of these super limited edition smokes today, they're sure to take you back to the good old days of Cuba & what cigars used to taste like.

Buy Espinosa Las 6 Provincias cigars online from AtlanticCigar.com, the leader in Discount Cigar Prices. Shop our site today for the Best Cigar Prices on the Net, shipped fast & Fresh right to your door.