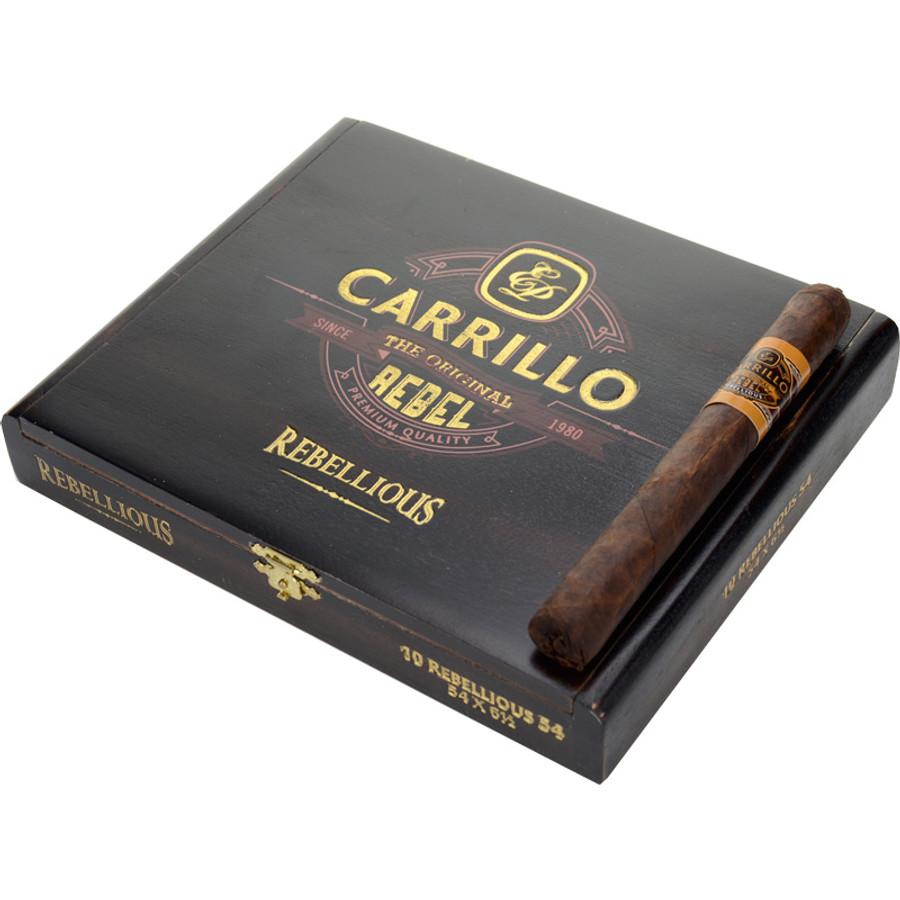 Overview
The Original Rebel is two lines of cigars for the larger ring cigar smoker. Blended with the outmost precision, these cigars boast flavor and body. The Maverick line has an Ecuadorian wrapper over fillers and binders from Nicaragua, while the Rebellious line has an American grown wrapper over fillers and binders from Nicaragua. Both of these extensions are part of the Dimension Series. Ernesto Perez-Carrillo is widely believed to have created the BIG RING gauge craze of today while he was with his prior company. Today, at EPC Cigar Co., Ernesto is at it again with the Dimension Series. He adds to his claim to fame by having created the INCH line and since it is all about dimensions, his next claim to fame is the smaller ring gauge, Interlude and the non-traditional sized Rebel. The Dimension Series of cigars is all about the size and how that size relates to the smoker’s experience.