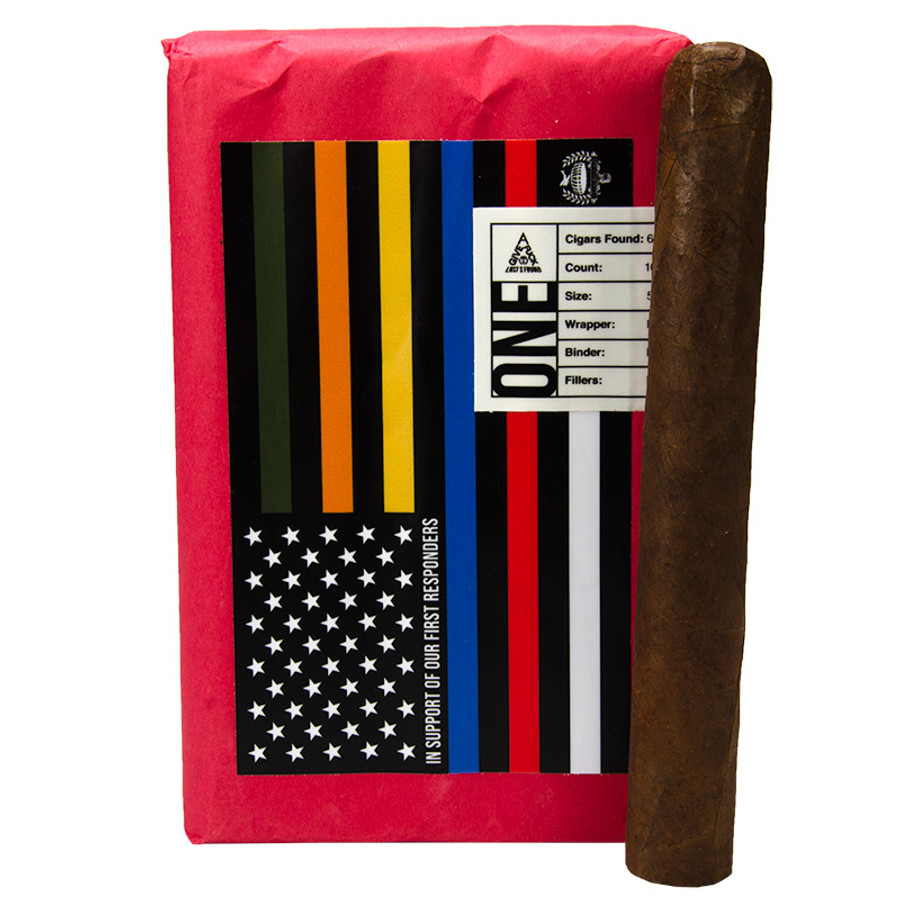 Overview
Caldwell Lost & Found One Cigars by Robert Caldwell
Before Lost & Found was known as Lost & Found. At the time it was known as Impromptu. The idea behind the project—a collaboration between Tony Bellatto, Robert Caldwell and Jaclyn Sears—remains the same. Caldwell finds cigars that have been sitting around factories for one reason or another and brings them to the states, Sears designs new artwork for the releases and Bellatto handles the distribution and heads the project. These aged & forgotten cigars come from some of the very best cigar factories in Central and South America in small batches, sometimes as few as 100 boxes or bundles.
The Lost & Found ONE is a collaboration with boutique cigar maker Protocol Cigars and Caldwell Cigar Co., 100% of proceeds of this release will be donated to the Tunnel to Towers Foundation, which aids families of fallen first responders. Only 600 bundles of Lost & Found ONE were uncovered, the cigars were made at the Tabacalera William Ventura factory in the Dominican Republic. The blend is comprised of a Dominican Habano wrapper and binder, as well as Dominican fillers of Piloto, Criollo ’98 and Corojo '99. This blend is medium in intensity, offering highlight flavors of roasted nuts, buttered mushrooms, raw honey, nutmeg, and sweet molasses bread.