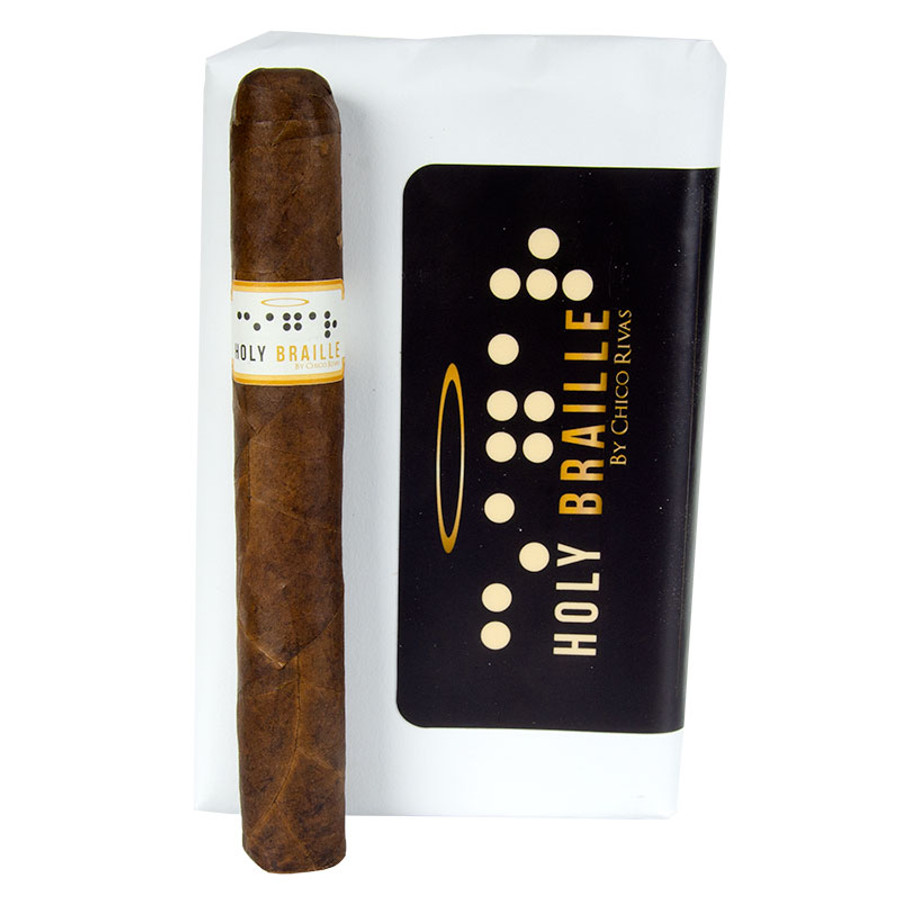 Overview
Caldwell Lost & Found Holy Braille Cigars by Chico Rivas & Robert Caldwell
Before Lost & Found was known as Lost & Found. At the time it was known as Impromptu. The idea behind the project—a collaboration between Tony Bellatto, Robert Caldwell and Jaclyn Sears—remains the same. Caldwell finds cigars that have been sitting around factories for one reason or another and brings them to the states, Sears designs new artwork for the releases and Bellatto handles the distribution and heads the project. These aged & forgotten cigars come from some of the very best cigar factories in Central and South America in small batches, sometimes as few as 100 boxes or bundles.
Caldwell Lost & Found Holy Braille by Chico Rivas cigars come from a 2016 vintage and feature an HVA Habano wrapper over Dominican binder and filler. They are available in ten-count bundles with a total of 1,500 cigars per size.