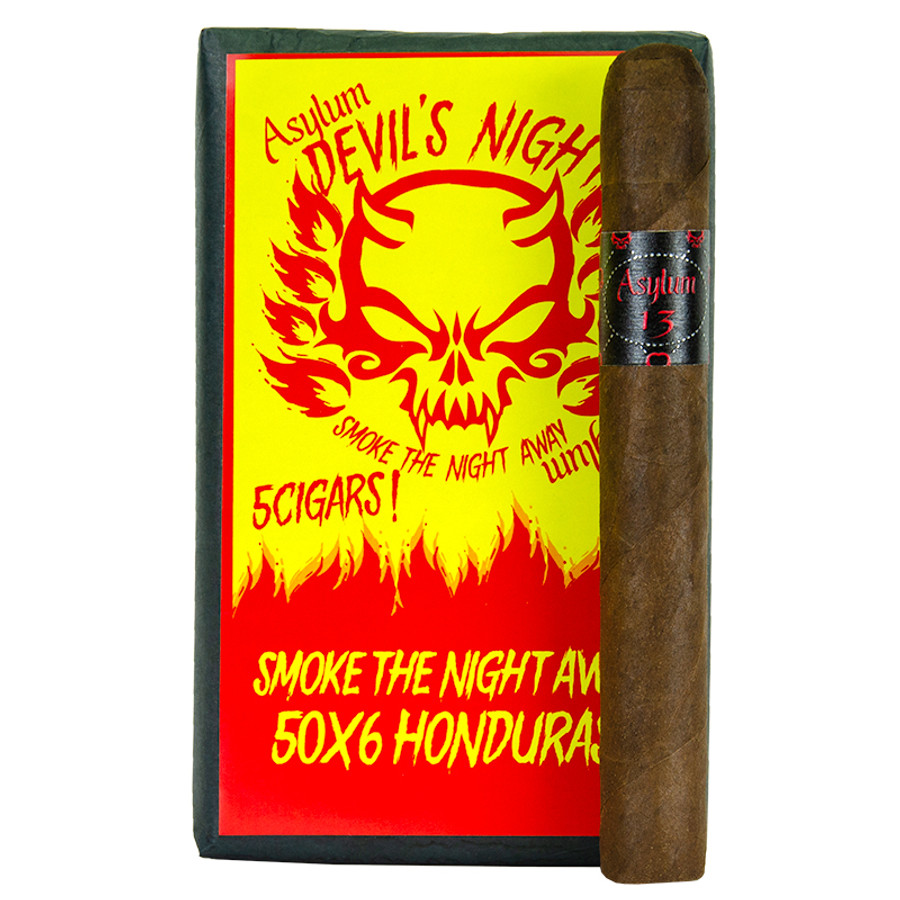 When Christian Eiroa started CLE Cigars in 2012 he never expected a brand called "Asylum 13" would become what it did but Tom and himself did know that that they wanted to have a lot of fun with this brand because it afforded us certain freedoms. The Asylum Devil's Night Cigars was conceived by Asylum Cigars co-owner Tom Lazuka and is intended to bring awareness to Devil's Night—the evening before Halloween where hundreds of arsons occur in Detroit, Michigan. Because of this dubious tradition, a portion of the sales will go to benefit the firefighters of Detroit. Each size will be limited to 700 packs of 5 cigars. Production is being handled by Christian Eiroa’s El Aladino factory using only Honduran tobacco. The Devil’s Night cigar is now a country-wide limited release. These cigars have been aged for three years in Danli City, featuring a Honduran grown Mexican wrapper, along with Honduran binders and fillers, which deliver a medium bodied experience.