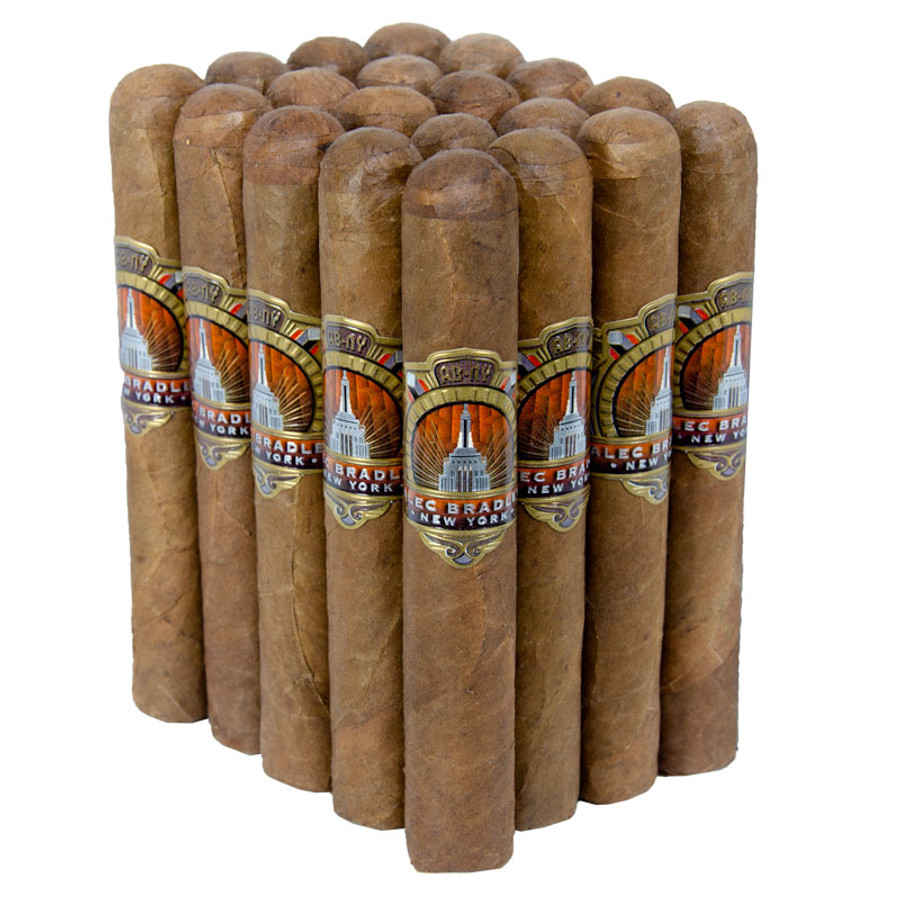 Overview
The Alec Bradley New York is another knockout produced by the folks at Fabrica de Tabacos Raices Cubanas in Honduras who make Casa Fernandez, Illusione, Viaje, among other highly-rated cigars. Retailing for $11.00 to $13.50, the New York was created to help retail stores deal with the enormous cigar excise tax placed on retailers in New York, where the cigar tax is 75%, the highest in the nation! The blend consists of a Criollo '98 wrapper and binder, both of which are grown in Trojes, Honduras, and filler tobaccos from both Honduras and Nicaragua, which make this a rich medium to full-bodied smoke teeming with luxurious flavors.