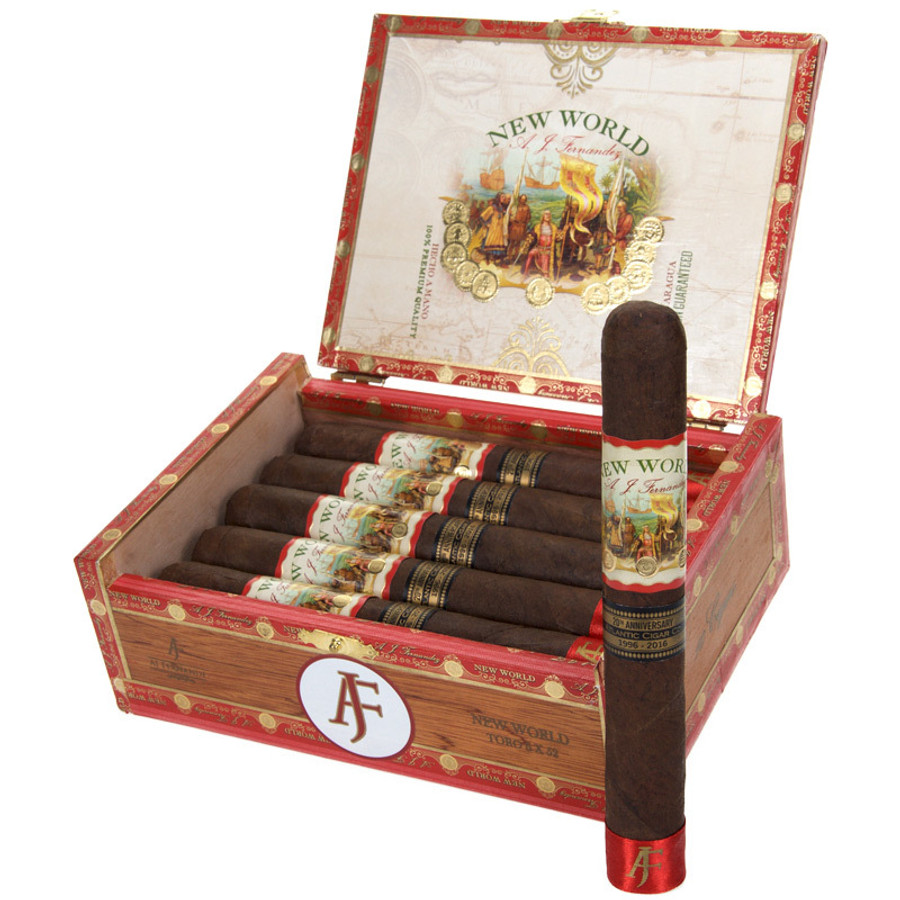 The AJ Fernandez Atlantic Cigar 20th Aniversario is a tweaked blend of the popular and highly rated New World blend, replacing the Nicaraguan wrapper with a dark rich Mexican San Andreas wrapper and a slight bump up in strengthen with the addition of fuller bodied Nicaraguan ligero tobacco in the filer. The cigars are also round instead of the box-pressed, allowing for the extra ligero tobaccos and for proper combustion.

The result is a bold spicy smoke that’s sure to please those who like San Andres wrapped cigars blended with full flavor Nicaraguan fillers. The Cigars come packed in 10-count boxes and only 400 boxes were produce.